Crisis Now co-founders Michael Hogan, Ph.D., and David Covington, LPC, MBA, have released a poignant infographic examining mental health and substance use emergency department (ED) visits in 31 states. The graphic, utilizing 2016 statistics from Open Minds and the Healthcare Cost and Utilization Project (HCUP), paints a stark disparity between states with comprehensive mental health crisis care versus those without. Dr. Hogan, a former New York mental health commissioner, says that most states have not yet prioritized developing a robust crisis continuum, resulting in dependence on inpatient psychiatric care and the ED, which are the most costly avenues of care for both states and consumers. He notes that acute care is what a small percentage of people in crisis need, but most are far better served by call centers, mobile crisis teams, crisis receiving and stabilization programs, and no wrong door policies for law enforcement. “People have an easier time recovering from a crisis when services are matched to their needs, not the other way around.”

The Crisis Now infographic also illustrates the divide between Medicaid Expansion states (in green) and non-expansion states (in pink). From left to right is the number of beds per capita, and from bottom to top are the number of ED visits per capita. Some non-expansion states, like Tennessee and Wisconsin, have developed comprehensive mental health crisis programs. “The lower levels of ED and inpatient hospitalization in those states is likely a reflection of that.” For the most part, though, says Dr. Hogan, non-expansion states have fewer resources for healthcare and low utilization is a signature of poor access to mental healthcare, and “what’s available, if anything, is inpatient hospitalization.” In contrast, Medicaid Expansion has been disproportionately useful for people with behavioral health challenges because it provides coverage for previously uninsured, marginalized populations.

Even so, in most states, expansion or not, people don’t have access to crisis stabilization at a less restrictive, lower level of care like a mobile crisis team visit or a 23-hour crisis observation stabilization unit. Correspondingly, that means they also don’t have access to lower-cost care that a comprehensive crisis care continuum would provide. Dr. Hogan notes that robust crisis care is also preventative care, helping to mitigate behavioral health crises, teaching people invaluable tools to help themselves, and diverting them from higher intensity, higher-cost services. “When these aren’t available, and there is no care coordination for what is accessible, there is more demand for inpatient care. The demand includes those who need it and those who don’t. The latter would be better served by a less expensive, less restrictive alternative.”

An obvious outlier, tucked in the top right quadrant of the infographic, is New York. The expansion state has a high ratio of inpatient psychiatric beds per capita—53.5 per 100,000—and extensive ED use. Dr. Hogan, New York’s mental health commissioner from 2007-2012, says that the state has a highly bedded system with fragmented crisis care. He notes that there are few alternatives to inpatient beds and nominal interception points to divert people in crisis from the ED. “New York is a resource-rich state with a psychiatric bed-dominated infrastructure. It’s not just that the state has a large number of beds but that it has a culture of using them.”

Among Medicaid Expansion states, the polar opposite of New York, points out Dr. Hogan, is Arizona, which is in the lower left hand quadrant. At 14.8 per 100,000, Arizona has the fewest inpatient psychiatric beds per capita on the infographic. He notes that the two states are dramatically different in many ways, particularly with regard to the adequacy of crisis services. Arizona has crisis care coordination, crisis hotlines, mobile crisis teams, and crisis facilities, which means people have rapid access to mental health services and medication—a common reason people go to the ED, says Dr. Hogan. The state provides a continuum of crisis care, including acute 23-hour care, matching people’s needs instead of funneling them into the most restrictive and costly avenues. The latter, points out Dr. Hogan, is similar to comprehensive psychiatric emergency programs (CPEPs) in New York, except in Arizona, 23-hour care facilities aren’t in the hospital. “They might be adjacent, but are a dedicated facility focused on behavioral health crises.” It turns out this makes a significant difference in what happens next, with CPEPs often sending people upstairs to inpatient psychiatric hospitalization. “Because the psychiatric emergency programs are inside or connected to the hospital, that’s the default trajectory.”

Part of the reason why, notes Dr. Hogan, is that, for the most part, New York is hospital dominated. When crisis care in the state was prioritized decades ago, the impetus was to decrease pressure on the regular ED. At the time, there wasn’t an examination of whether it was a good idea for CPEPs to be integrated into the hospital system. In some ways it has been successful, with the programs decreasing ED overflow, but, says Dr. Hogan, “once a person is in the hospital, they are in that system and more likely to end up in inpatient care.” It’s a catch-22: the beds are there, creating the pressure to fill them, and once people are in the ED, risk-management criteria leans toward keeping people in the hospital system. “They don’t want to turn people away who need care, and there are open beds.”

That’s not to say close proximity of crisis care facilities to a hospital isn’t beneficial, says Dr. Hogan, but separateness is essential to mitigate the ED to inpatient hospitalization pipeline. He notes that some people who go to a psychiatric urgent care facility might appear to be experiencing a mental health crisis when, in fact, these are symptoms of an acute medical problem. Other times, patients need psychiatric stabilization but are also experiencing medical distress. “A separate facility nearby but not connected to the hospital allows a variety of health issues to be addressed quickly.” What’s problematic, he points out, is when a psychiatric urgent care is operated as an emergency department, resulting in a default to higher acuity because the program is within or attached to a hospital. “Clinical staff tend to think, ‘Well, we can’t discharge the person if they have any risk of suicide, so we have to hold onto them for a while,’ and so they send them to inpatient hospitalization.”

The difference in the number of ED visits and inpatient psychiatric beds per capita between Arizona and New York is roughly 180% and 361%, respectively. Dr. Hogan says this suggests opportunities to reduce ED and inpatient use and associated costs while providing better access to care by developing a robust crisis care continuum. “In New York, there is a lot of everything except integrated crisis care. We have lots of beds, clinics, and care—more people on a per capita basis get care through Medicaid compared to other states—but there is not a good crisis system.” What the infographic makes clear, he notes, is that the combination of expanded Medicaid eligibility and implementing elements of Crisis Now appears to reduce ED use and the over-reliance on inpatient care for people who don’t need it. “This is better for people navigating the mental healthcare system, and it’s cost-effective.” 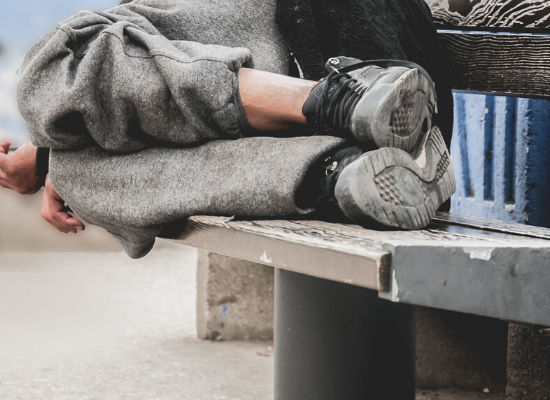 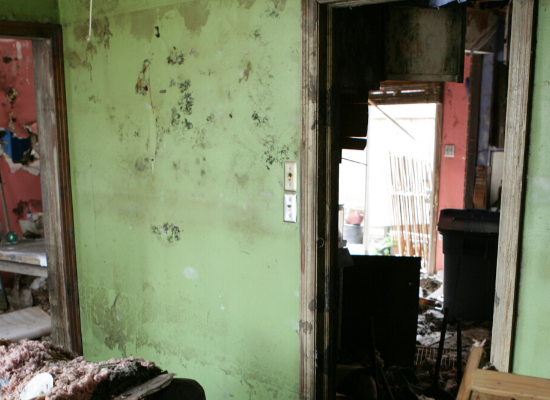