In the ‘80, when Mary Ellen Copeland was in her forties, she spent time in a psychiatric unit at a Northern New Hampshire hospital. A doctor told her, “If you’re not okay now, the next time you come back, we’re going to do electric shock therapy.” She was familiar with the treatment. “My mother had 150 electric shock treatments, and that was nothing I ever wanted to get into.”

Mental health professionals consistently gave her a message of hopelessness. “They told me things were just going to get worse as I got older,” says Mary Ellen, “and I’d have to take a lot of medication.” However, despite what they said, she believed recovery was possible. After all, she’d seen her own mother experience it. “I wanted to know how to get past living like this and talk to my mom and others to see what made a difference for them.”

She shared her desire to “learn about recovery from those in recovery” with her vocational rehabilitation counselor, who thought it was a great idea and encouraged her to apply for a Social Security Administration grant to fund her research. And so Mary Ellen started on a journey to develop the Wellness Recovery Action Plan (WRAP), a revolutionary, self-empowering, and evidence-based practice.

To find researchers and volunteers for the study, Mary Ellen sent out postcards and wrote about it in mental health newsletters. At first, the questionnaire’s recovery questions were open-ended. “I didn’t yet know what questions to ask,” she says. However, as she analyzed the data, her questions became more specific. Mary Ellen also started incorporating what she learned into her own life, including stress reduction and changing negative thoughts to positive ones. “I soon realized I was coping, and my life became much, much better.”

In the winter of 1997, Mary Ellen held an intensive recovery-oriented workshop in Northern Vermont. At the end of the workshop, a woman stood up and said, “This is all great stuff, but I’ve been in and out of mental hospitals all my life, and I wouldn’t know how to organize this into my life.” That’s when Mary Ellen and workshop participants, nearly twenty people who struggled with severe mental health challenges, decided they’d create a plan to help people navigate their recovery.

Meeting once a week for eight weeks, the group started by describing how they wanted their lives to be. “That was the front piece of the plan,” says Mary Ellen. Next, they created a list of what they called “wellness tools.” People shared what they found helpful and gave each other feedback. From there, they developed a short list. “It included what we need to do every day to stay well.” On the list might be to eat breakfast, contact a supporter, call a sibling, and go for a walk.

The group also put together a list of tasks that fall on a particular day, such as a doctor’s appointment or a phone call with a therapist, grocery shopping, cleaning, or laundry. They also created a third list for when someone experiences a stressor. “You might get up in the morning and not feel good,” says Mary Ellen, “or you get an angry phone call, or there’s a bill you can’t pay.” These stressors, she notes, are what people identified would throw them off course.

Each workshop participant wrote down their stressors and identified the wellness tool that would help. “People need tools for any circumstance,” points out Mary Ellen. For example, if the person is on a bus, they could use visualization and deep breathing exercises. If at home, they could write.

However, the daily maintenance and stressor-action plans didn’t cover times when people “just started feeling weird.” “There are days when someone suddenly hears more voices or feels more agitated,” she says. And so the group put together a more intense directive plan for when they experience an escalated state. In this section, a person’s list might include taking a mental health day or walking, or doing another activity, for a couple of hours. “These are tools to help relieve those early warning signs.”

Even with the three-tiered plan, there are moments when “everything breaks down.” It’s a critical crossroad where the wellness recovery action plan can help divert a person from emergency care. “People weren’t used to the idea that they could pull themselves out of a crisis,” notes Mary Ellen. “When they felt this way, they presumed the next step had to be the hospital.” So she asked the workgroup to list signs of when they were on the precipice of crisis. They then devised a highly structured daily plan from which they couldn’t divert.

“For me, that might include waking up at seven o’clock, whether or not I want to, the breakfast I will eat, who I will call, and when I’ll head to the support center.” Each participant came up with their own daily plan. The plan can change as the person changes.

The workgroup participants also developed crisis plans. “Even if you don’t have mental health issues,” says Mary Ellen, “sometimes you need someone to step in and take over for you.” The plan says when a loved one should take over. “It might say, ‘When I’ve paced back and forth for five hours and haven’t stopped; I keep washing my face, and it’s red and bleeding; I’m calling people and yelling at them; I’m speaking gibberish; or I’m semi-unconscious.’” Like other parts of the plan, this section is individualized.

The crisis plan lists people who the person wants to be involved in the plan and those who they don’t. “That might be family members who aren’t helpful in these situations,” notes Mary Ellen. It also includes other preferences, like medications and treatments that are helpful and, similarly, those that aren’t. “On mine, it says that I never want electric shock therapy and lists the medications I’m allergic to.”

A person can change any part of their crisis plan as they learn more about what works and doesn’t. For example, when a friend on Mary Ellen’s support list came to her house, the experience made her feel far worse. “I was having a terrible time,” she says, “and my friend, trying to be helpful, talked nonstop about a haircut she’d had.” “She went on for hours about it in great detail.” Mary Ellen shared with her friend that, in the future, it would be best if she sat with her, perhaps reading a book or knitting, and that talking, especially a long diatribe, didn’t help.

Mary Ellen amended her plan to be more specific about what she finds helpful. It now lists that she would like to stay in her bedroom, would prefer quiet, and the movies, music, and foods and drinks (soup and tea) she prefers when in crisis. “It helps to be clear with the supporter, letting them know what helps and doesn’t.”

The plan also has an endpoint, a list of activities that show the person is no longer in crisis. That might include showering, cooking, and keeping a space tidy. “If I’m doing these things,” she says, “the plan is no longer activated.”

At the end of a WRAP is the post-crisis component, which has information on what should happen next—if hospitalized, who should bring the person home, the environment and activities they’d prefer, and those that they might not do when they return.

In 2007, Mary Ellen earned her Ph.D. She says developing her own plan ten years prior fostered a massive step forward in her recovery. “I’d been working on my recovery for 8 or 9 years, but there were still times when I felt overwhelmed—there still are.” Over the years, her plan has become a lifestyle. “I used it intensely at first, and now it’s kind of in the background, but it guides my life.”

Before WRAP, if Mary Ellen felt anxious and upset, she would have likely ended up in a psychiatric unit or another intensive care. “That just doesn’t happen anymore because I cut it short.” The aim of the plan is self-empowerment and self-agency. “It’s allowed me to go back to school, earn enough money to support myself, buy a home, and remarry. I now know how to take care of myself.”

Today, people experiencing co-occurring mental health and substance use disorders, diabetes, aging, houselessness, developmental disabilities, and incarceration use the plan. In addition, people can share all or part of their WRAP, like the crisis plan, with providers, friends, and family. “It’s up to them,” she says.

Mary Ellen reminisces that over three decades ago, as she inputted data from people’s questionnaire responses, mental health recovery principles of hope, personal responsibility, and self-advocacy emerged. “Participants said it was harmful when providers gave a message of hopelessness,” she says. “We need to have hope. We’re also smart people, and we need to educate ourselves so we can advocate for ourselves.”

The Sanctuary: A Safe and Homey Space for People in Crisis 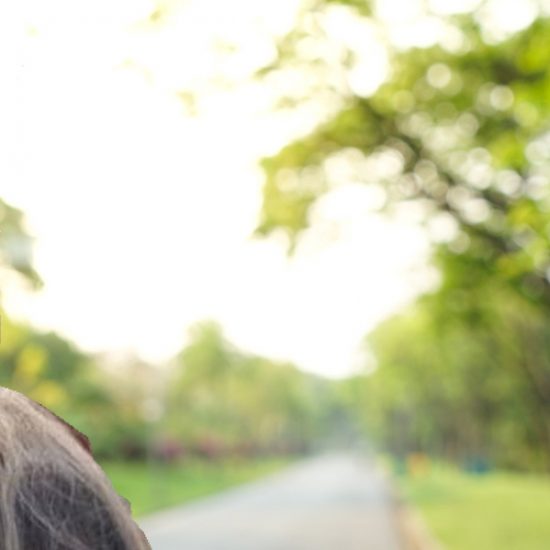 A Social Worker’s Substance Use and Mental Health Recovery Journey