Dr. Tia Dole Talks About How LGBTQ Youth Are Responding to the Pandemic and Protests

Slow and steady. That’s how Tia Dole, Ph.D., Chief Clinical Operations Officer at the Trevor Project, describes the increase of calls they’re receiving during the pandemic. The Trevor Project (TrevorLifeline: 1-866-488-7386, TrevorChat, TrevorText: Text START to 678-678) is a crisis intervention and suicide prevention organization for young LGBTQ people up to the age of 24. While there is no caller too young, most are between the ages of 11 and 24 and prefer chat and text. In part, this is because young people live in a more digital world, but it’s also because LGBTQ youth find it easier to talk about the challenges they face through chat and text. Generally speaking, notes Dr. Dole, young people reach out to the Trevor Project about their identity. “Most of our callers are not suicidal and are questioning their identity or sexuality. They reach out to us because they need an adult who they can talk to and work through things in a nonjudgmental way.”

Though the increase has been on a slow upward trajectory, that’s not to say there haven’t been recent spikes in calls. “Young people are very sensitive to events in the world. If something is happening, we’re going to hear from them more.” Calls also surge when a TikToker says to reach out to the Trevor Project. Recently though, marked call increases have occurred because of the pandemic, protests, and the historic U.S. Supreme Court decision in June that the 1964 Civil Rights Act prohibits sex discrimination of gay or transgender employees in the workplace. June was also Pride, which, says Dr. Dole, “is when young people reach out to us more than ever because they find out about us from Pride campaigns.” Determining why calls are steadily rising is a bit more challenging to parse out. It could be, notes Dr. Dole, because of visibility or circumstances, but “there are trends and themes in the data.”

At the onset of COVID-19 in the United States, 20-30 percent of callers mentioned the pandemic, but Dr. Dole says that “has gone down.” She points out that adolescents weren’t concerned about becoming ill themselves but were fearful of getting their parents or elderly relatives sick. Some were distressed about missing out on the college experience when they’ve been looking forward to it for as long as they can remember and other kids worried about isolating themselves with family members who are not accepting and who use the wrong pronouns. “Some callers had to go home, a place that may not be safe for them, when they otherwise could have gone home with a friend. LGBTQ kids are facing a whole different set of challenges being stuck at home.”

When the pandemic first hit, the nation wasn’t prepared, which includes, says Dr. Dole, the medical and behavioral healthcare systems. “People were frozen; they didn’t know what was going on.” She says that the Trevor Project transitioned quickly even though, until that point, becoming virtual had not been in the plans, and their service was entirely in-house. In four days, crisis workers started working remotely, and two weeks later, all of their volunteers were taking calls at home. That said, the crisis infrastructure call centers depend on was not able to pivot as rapidly.

In some communities, the bar for hospitalization went up—spaces were not set up for physical distancing, or the hospitals were over capacity, needing all of the beds they could get for infected patients. Other facilities faced outbreaks or were accepting fewer patients as they awaited personal protective equipment and shifted their procedures to include physical distancing. As a result, medical and behavioral health issues that could have been caught early on weren’t. How exactly this has and will impact LGBTQ youth is unclear. “What we see from young LGBTQ folks is a mixed bag though some are suicidal and some are depressed. We don’t have enough data points, and not enough time has gone by to give us an accurate picture of the long-term ramifications of isolation and social distancing.”

As schools deliberate on whether and how to open, Dr. Dole says choice is vital. Schools can be both where bullying and academic pressures transpire, but they are also places of escape from unsupportive family members and where teens can see their friends and peers. For LGBTQ youth, it can be where they find in-person support, a protective factor. In New York City, where Dr. Dole lives, public schools are offering a hybrid of in-person and virtual schooling, but full-time online learning is also an option. “Choice is always the best approach.”

The Protests: George Floyd’s Murder was the Match. The Pandemic was the Kindling

Even more so than the COVID-19 pandemic, Dr. Dole says callers have reached out with concerns about police brutality, which was sparked by the killing of George Floyd by four Minneapolis police officers on May 25. Roughly 40 percent of LGBTQ youth who call the Trevor Project identify as a person of color. “It’s not that they didn’t know they were at risk from the police, but it really hit home. They were already experiencing a great deal of grief, rage, and helplessness.”

Black and Brown LGBTQ youth, says Dr. Dole, are tired of being otherized by society, and White LGBTQ youth are experiencing a reckoning. “They realize that they need to be better for their Black and Brown counterparts, saying, ‘Hey, we haven’t been centering them in the conversation.’” Also, throughout history, Black and Brown transgender youth have been simultaneously invisible and consistently targeted. “They too are trying to figure out, ‘Who is my actual ally?’ They are in the same community but not.”

As a Black woman, Dr. Dole says it’s been interesting to see how the Black community is now embracing LGBTQ Black and Brown youth, enveloping them in the narrative in a way that has not happened before. “The Black community hadn’t really talked about Black trans or queer youth. It was separated. Now, Black activists are including Black queer or trans voices. It’s an inclusion of previously unseen youth in a beautiful way that is engendering hope.” That said, Dr. Dole says the cost of fighting for change for LGBTQ youth of color can be much higher. “For a young, Black queer person who is nonbinary, they are potentially putting their life at risk.”

The idiom timing is everything resonates particularly true at this moment. Dr. Dole says that when it comes to the Black Lives Matter protests seen across the United States and around the planet, George Floyd’s murder was the match and the pandemic the kindling. “If George Floyd had been murdered six months prior, it wouldn’t have had this effect. Everyone was sitting at home looking at social media, saying what the *&^%. I’m not taking this anymore.” She notes it’s not just Black and Brown people who were done with systemic racism and police brutality, but also their White counterparts. “They thought, ‘This isn’t fair.’ In this sense, the pandemic has created growth opportunities.” 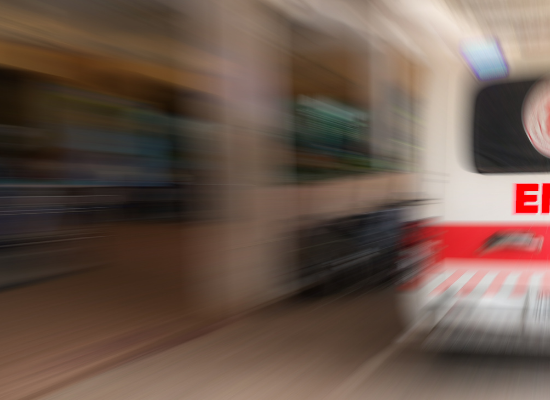