Kevin and Margaret Hines on Changing the Narrative of Recovery

Not long ago, most mental health experts believed that people intent on dying by suicide didn’t experience ambivalence. Today, the thinking in suicide prevention has shifted dramatically, and it’s in large part because of people like Kevin Hines. In 2000, at 19 years old, he attempted to take his life by jumping off the Golden Gate Bridge. He survived, becoming the 26th person ever known to survive the 220-foot fall. Hines says during the four seconds it took to hit the water, freefalling at 75 miles per hour, he realized he did not want to die. Hines’ revelation, and that of other attempt survivors, sent shockwaves throughout the mental health field. It turns out that just because a person is intent on dying doesn’t mean he doesn’t experience doubt. A leading expert on suicide, Thomas Joiner, Ph.D., defines ambivalence in this case as forces for and against life “contending with one another contemporaneously.” This has profoundly influenced the trajectory of suicide prevention research and outreach and helped to shatter the myth experts once believed: that attempt survivors were not in the same group as those who died by suicide, and thereby nothing could be gained from learning about them. Hines says it’s time that the suicide and mental health field shift once again: this time over the narrative of recovery and ensuring that people with lived experience are in leadership positions.

Hines says his story didn’t end when he experienced the will to live a moment after his feet left the bridge’s edge. He continues to experience severe mania and depression, along with paranoia and hallucinations, and points out that desiring to live is not the same as being recovered. He’s careful to share with everyone he speaks with, particularly those experiencing mental health struggles, that recovery isn’t about being “all fixed.” “This idea that I’m recovered is nonsense. If you watch my current top three YouTube videos, it’s me having real-time episodes of my diagnosis. I decided to put it out there because I want people to see that it’s not all flowers and butterflies. Just because I wear a suit one day to a presentation doesn’t mean that I’m recovered. I’m going through this regularly. I’m always going up and down, but through my routine, I stay on an even keel as often as I can. I work tirelessly just to have this conversation with you, and I’m always honest about my pain so that I can defeat it.”

Moving and staying in recovery one day at a time is Hines’ motto. He says he focuses on being here tomorrow and every day after that, but that doesn’t paint the image of closure that media and even at times the mental health field wants from him. “They just want to know about the jump and fall when, in reality, that’s not the part of the story that’s going to help people. What’s beneficial for people who are struggling is to learn how I stay stable—and out of crisis—to the best of my ability. It’s not every single day, but it is most days.” He says there’s a trend in mental health where recovery is spotlighted without a realistic glimpse into the ongoing challenges people face within that space. “It’s not fair to the millions of people living with a diagnosis, and it feels unattainable. That’s not how mental illness and brain pain work. Sure, some people are the outliers: they have depressive episodes and then don’t have them anymore. They exist but are few and far between. For the majority of us, we are constantly going through a real battle in our heads. I’m someone who is going to portray that battle in real life, and I’m not going to shy away from that no matter who it makes uncomfortable.”

Transparency has become a critical part of Hines’ life, and he shares the nuances of it with followers, viewers, and readers. He developed a routine for himself during his third of nine psychiatric ward stays called the Art of Wellness, which he shares with his audiences. He and his wife and business partner, Margaret Hines, make clear that his survival is not just a feel-good story: over the past nearly two decades, his storytelling has had a critical impact on the field of mental health and on people in psychiatric distress. Sharing his challenges, and how he’s weathered them, has helped people find hope in situations they may otherwise have felt were hopeless.

Presenting, and the interpersonal exchanges that transpire afterward, can motivate Hines, but it can also be taxing. He says how it feels to be on stage varies depending on the kind of day he’s having. On a good mental health day, he calls it his greatest therapeutic gift. On bad days when he’s experiencing paranoid delusions or hearing voices, it’s terrifying. It can be a tightrope of an experience where he sometimes teeters but forges on because he knows he’s going to deliver a talk that’s going to impact at least one person in the audience in a positive way. “Even though it is a vulnerable position, letting everything out there to the open, you end up with these gems of stories afterward that help you realize why you’re doing this in the first place. Those stories that people tell me about how my story impacted their lives are life-fueling, and that’s why I do this 300-plus days a year. It gives me such joy to make a positive impact on people who are in pain and struggling.”

From Peru to Japan, people around the world tell Hines that his openness, giving a window into the ebb and flow of his life, has changed the shape of their own. It’s not easy. For Hines, staying out of crisis requires a great deal of work. He has a demanding public speaking schedule within the United States and internationally, but no matter where Hines wakes, he rises early and exercises. He also focuses on his mental health throughout the day. Wherever and whenever Hines faces depression or suicidal thinking, he immediately calls Margaret or his father. If he cannot reach them, he immediately calls other people in his support community. “It’s really about following this routine while I’m on the road because if I don’t, then I won’t be well, and I’ll be back in a psychiatric ward. It’s not an easy thing to do. It takes a lot of hard work but as my father always says, ‘Nothing good ever came without hard work.’” It also means putting his mental health first, and at times that requires saying no. For instance, on the day of our interview, Hines had two presentations, one in the morning and the other in the evening. After the first presentation, the organizer asked Hines to stay for a long lunch with the staff. He told the person he could join for 15-20 minutes, but after that, he had to return to the hotel to rest and work out. “Otherwise, I can’t function at full capacity for the evening presentation. Explaining this to people can be difficult. It’s hard for them to hear because often the people booking me don’t actively live with a diagnosis like I do.”

For Margaret, who runs the back office, it means reminding people in the mental health space of what Hines must do to maintain wellness, and that his mental health comes first. She says people are often moving at a fast clip and focused on their agendas, whether that’s putting together an event or building a business. They lose sight of the fact that they are working in behavioral health and that people’s mental health is a priority. “Compassion is a funny thing. Most of the compassion you see is really from people who have gone through it or experienced it somewhat directly or indirectly: it’s impacted them in some way. It’s hard to have compassion for another human being when you haven’t walked in their shoes or seen anything similar to what the person has been through. People can fall prey to discrimination even in the very field trying to break it. People are going to push for what they want, and there are times we have to push back to ensure that Kevin doesn’t end up in crisis.”

Kevin Hines says one of the biggest missteps in the mental health community in the U.S. and globally, is not being more open to including people with lived experience. “They are excluding people who the system is created for; it’s a universal problem, and these systems are inherently flawed because of it.” He says that in some countries, like the U.S, those in the mental health and suicide prevention field are semi-listening to those with lived experience. Still, it continues to be limited and compartmentalized. “We aren’t yet in a space where we are sitting down with people with lived experience, getting their ideas for solutions, and that’s where we need to start, so we can meet them where they are, not the other way around.” He suggests that organizations create a lived experience coalition or advisory board, creating space for them in positions of power. It’s not about tokenism, which wouldn’t move the marker, but instead fostering collaboration between those with clinical training and those with lived experience. “That is when we will see great change.” 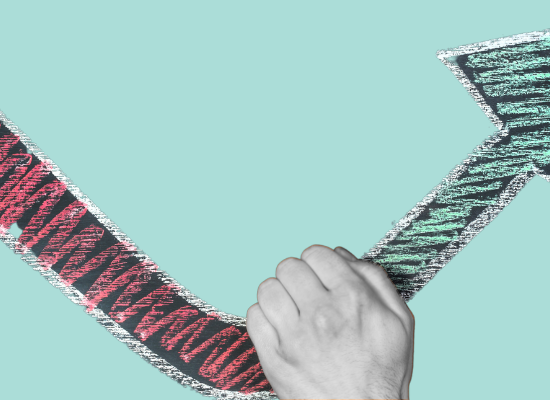