In the days leading up to the start of high school in New Orleans, 14-year-old Kevin felt all the typical new school jitters. Most of his friends were going elsewhere, and summer hadn’t been great; there’d been a rift in his friendship group. Layered on top, Kevin, who is transgender, worried teachers would call him by the wrong name. To ensure that didn’t happen, he and his parents emailed the school beforehand, reiterating that he goes by Kevin and his pronouns are he/him/his.

So when on the first day of school, his teachers called Kevin by his dead name (the name his parents gave him at birth), he felt distraught. “When I got home, I cried and talked to my parents,” he says. “It was very stressful switching schools and to be in such a new situation. So when teachers used the wrong name, it was pretty upsetting.”

The United States is facing a youth mental health crisis. On December 7, 2021, U.S. Surgeon General Dr. Vivek Murthy issued an advisory to address it. While the youth mental health crisis preexisted Covid, the pandemic exacerbated the adverse effects on young people and their families. According to the one-time Centers for Disease Control and Prevention survey on mental health, suicidality, and connectedness of U.S. high school students between January-June 2021, 44.2% experienced “persistent feelings of sadness or hopelessness” during the 12 months before the survey.

The CDC survey revealed the highest rates of attempted suicide were among gay, lesbian, or bisexual, American Indian/Alaska Native, questioning or other (sexual orientation), female, multiracial, and Black students. In May, the Trevor Project released its 2022 national survey on LGBTQ youth mental health, which included roughly 34,000 young people ages 13-24. The survey revealed that nearly 20% of transgender and nonbinary young people who participated in the survey attempted suicide in the past year.

Dr. Price and her colleagues wanted a more holistic picture of LGBTQ young people and their mental health, especially predictors and risk factors related to suicide. “We wanted our survey to address what we know theoretically affects their wellbeing.”

The Trevor Project survey leans on the minority stress model, which suggests that lesbian, gay, bisexual, transgender, queer, or questioning youth face specific stresses—not because of their identity but because society stigmatizes them. “They’re already experiencing the stress of being an adolescent, a young person,” says Dr. Price. “Then you add LGBTQ-specific stressors like discrimination and being victimized.”

These might be actual events a person experiences or the feeling they may happen. For example, a young person could be victimized and harassed for holding their partner’s hand or have the justifiable fear that they will be. “All that stress builds up,” says Dr. Price. Also, young people can internalize stigma. “They could turn that stigma inward and think, ‘Yes, this is bad—this is something I shouldn’t be.’” Together, stigma and discrimination can increase mental health disparities.

Among the Trevor Project’s 2022 national survey’s nearly 34,000 respondents, 45% were young people of color, and 48% were transgender or nonbinary. The CDC survey on mental health, suicidality, and connectedness of U.S. high school students between January-June 2021 revealed that lesbian, gay, or bisexual high schoolers experienced the highest rate (75.7%) of “persistent feelings of sadness or hopelessness.” The most parallel measures in the Trevor Project’s survey are symptoms of anxiety and depression, with 73% and 58% of LGBTQ youth respondents having experienced symptoms of anxiety and depression, respectively, in the past year.

The Trevor Project survey also examines age and gender identity, revealing disparities for LBGTQ youth 13-17 and transgender and nonbinary youth. For instance, more transgender and nonbinary youth and LGBTQ youth ages 13-17 had symptoms of anxiety and depression. However, these percentages were lowest (yet still high) among LGBTQ cisgender youth, whose gender identity corresponds with the sex they were assigned at birth.

Similarly, the percentages of survey respondents who considered and attempted suicide were highest among transgender and nonbinary young people and LGBTQ youth ages 13-17 and lowest for LGBTQ cisgender youth.

There are also differences in the rates of youth experiencing anxiety and depression within sexual orientation. For instance, the survey revealed that young people who identify as pansexual—someone attracted to people of all gender identities—had the highest percentages of anxiety (79%), depression (66%), considering suicide (53%), and attempting suicide (21%).

While there are increased mental health and wellbeing risks for lesbian, gay, bisexual, transgender, queer, or questioning youth and specific stressors, Dr. Price says there are also protective factors. “Often, people see the survey’s findings and think okay, so LGBTQ equals suicide. That’s not correct.” She highlights that when LGBTQ young people are in affirming, supportive environments, their suicide risk decreases. The key is to allow them to thrive and be themselves. That includes using the youth’s correct pronouns and their chosen name. “They just want their identities to be respected—‘This is who I am, and I want that to be acknowledged and affirmed by the people around me’—in whatever spaces they may find themselves.”

Dr. Price points out outcomes would be far better were LGBTQ young people not often in harmful and problematic environments. “People often forget—if we can change the environment, we can change outcomes.” For example, while it might seem small to others, using the correct pronouns is vital in affirming youth gender identity. “It saves lives,” she says. When someone mistakenly calls a young person by the wrong pronouns or name, Dr. Price says the best response is what she calls, “Oops, ouch, I’m sorry.” The person should apologize and acknowledge that the mistake might have been harmful to the young person. “It’s important to correct the mistake, move on, and not blow it out of proportion because that amplifies the attention to the incorrect pronoun and misgendering.”

Kevin says that having access to a school counselor helped him get through a bumpy three-week start at high school. On the evening of his first day of school, he and his parents reached out to the school counselor to ensure Day 2 went the way Day 1 should have. “She emailed all the teachers, so everyone knew to call me Kevin,” he says. “She’s been there with me every step of the way.”

Access to gender-neutral bathrooms also reduces rates of attempting suicide for transgender and nonbinary youth. “When you think about stressors embedded in their everyday lives,” says Dr. Price, “and suddenly you remove those, then you have a situation where they’re able to focus on bettering themselves and improving their mental health, as opposed to this constant nagging stress of ‘Where do I go to the bathroom?’”

At Kevin’s new school, there’s only one gender-neutral bathroom. “If I’m in class on the third floor, I have to go down to the first floor to use the bathroom. Other students don’t have to do that.” He says if he’s having his period, he doesn’t bother. “They don’t let me use the boys’ restroom. If I have my period, I’m probably just going to go to the girl’s restroom, or I’m just going to sit through it, and that can actually be dangerous.”

Kevin plans to advocate for more gender-neutral bathrooms and a more representative faculty at his high school. “Our teachers and students don’t look the same demographically,” he says.

As the CDC’s Youth Risk Behavior Surveillance System continues to evolve, Dr. Price hopes the agency increases its data collection on sexual orientation and gender identity. For example, the CDC has a question asking if the young person identifies as transgender; however, some respondents identify as nonbinary but not transgender. Researchers might want to use the word transgender as an umbrella term, notes Dr. Price, but the Trevor Project’s research suggests some youth who select nonbinary don’t select transgender. “That means the CDC is missing out on a huge chunk of gender expansive youth in their data collection and analysis,” she says. “Yet we know nonbinary and transgender youth are among young people with rising, and the highest, risks of suicide. So we want to ensure they’re included in data collection, analysis, and resource focus.”

Also, Dr. Price would like to see the CDC increase its focus on intersectionality. For instance, when looking at the suicide risk for Black LGBTQ youth, how does that compare to White LGBTQ youth? “Those findings would be incredibly powerful,” she says. The Trevor Project’s 2022 national survey revealed that more Black LGBTQ young people considered (49%) and attempted suicide (19%) in the past year than White LGBTQ youth (43% and 12%, respectively). However, the highest percentages were among LGBTQ Native/Indigenous youth (55% considered suicide and 21% attempted suicide).

Unsurprisingly, during Covid, there’s been an upward trend in mental health challenges for young people. However, for LGBTQ young people, the separation from in-person support was palpable. Kevin highlights that student-run youth organizations like Genders & Sexualities Alliance clubs are critical and losing in-person connection during the pandemic adversely affected LGBTQ. “One of the most important things is hearing from other people like you who have gone through and are continuing to go through the same experiences.” “We not only felt disconnected from school but also the support we have there, like GSA clubs,” he says.

However, it’s not just the pandemic contributing to the rise in mental health challenges for lesbian, gay, bisexual, transgender, queer, or questioning youth but also the uptick in anti-LGBTQ legislation. “That’s happening at the same time,” says Dr. Price. She says when young people reach out to the Trevor Project, they often talk about the legislation and how it’s affecting them. “We hope for a world in which LGBTQ youth don’t have to thrive in spite of the world around them, but right now, that’s what we have to do.”

That doesn’t mean adults telling young people to light candles and take a bubble bath, says Dr. Price, but instead creating a supportive place for them. “Hopefully, that’s in the home,” she says. “If not, it might be a teacher’s classroom, a professor’s office, or a therapist’s office.” “It’s our job to provide young people supportive, protective spaces.”

What’s been vital to Kevin, besides supportive parents—“I’m thankful I have parents who are so supportive and will talk to the school if they have concerns”—is having an LGBTQ therapist. “It’s really nice just to sit and talk to someone about your problem for an hour, especially when they’re understanding, inclusive, and they’re also queer.”

Tweaking Doesn’t Cut It to Change Practice in Crisis Care 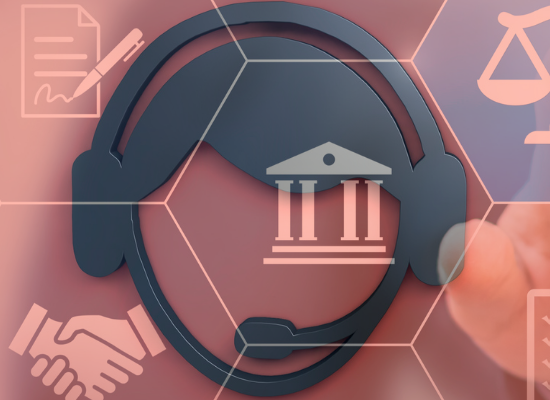