Alejandra Salinas, LCSW, is a clinical care manager at Catholic Charities Archdiocese of New Orleans. She provides trauma response care to immigrant youth and families. This includes helping them create contingency plans, medical and financial, in case their lives are turned upside down. She told the Atlantic in 2017 that the common thread among her clients is that they live in a constant state of fear. Salinas can relate to facing each day afraid, but for a very different reason: her mother, Elizabeth, struggled with schizoaffective disorder, a mental health condition that features schizophrenia and a mood disorder combined. “Every day, I wondered if that was going to be the day I’d get a call that she had died.”

Salinas doesn’t know exactly when her mother’s troubles started. In hindsight, there were some clues, but “looking back is a funny thing.” Trying to fill out Elizabeth’s story is like sewing a quilt. “I have many of the pieces but don’t necessarily know how they go together.” These days, as Salinas’ belly grows with her first child, she has been putting together a timeline of her mother’s life as best she can. She says that each member of her family has a different version of what happened. The truth, she guesses, is somewhere in between.

What Salinas does know is that, by all accounts, her mother was a happy child. No one noticed a transition, but by the time second grade came around, a teacher told Elizabeth’s mother, Mary, that Elizabeth was “the saddest child she’d ever seen.” Salinas says her grandmother didn’t know what to do with that information. It was the early ‘70s in Wisconsin, and child mental health was not talked about or understood. The comment, while upsetting, did reflect a change Mary saw in her daughter. “She was struggling in school and was quick to get angry with my grandmother and aunt.” Salinas says Elizabeth’s family responded in a variety of ways, ranging from enrolling her in numerous after school activities to complete denial. It was not until later that Mary learned there were other members of Elizabeth’s family living with serious mental illness. “Because of secrecy and stigma, my grandparents were left to deal with these issues on their own. My grandmother feels it could have been different: if the family had been open, then maybe she could have had a better understanding of what my mother was experiencing and how best to help.”

After high school, Elizabeth left home to attend St. Mary’s University, a small college in San Antonio, Texas. There she met and fell in love with Salinas’ father. When Salinas was born, the couple decided to move in with his parents and stay in San Antonio. Salinas isn’t sure when the abuse started, but she says, at some point, “things got bad, and he would disappear for days on end, leaving her alone with me.” Separated by more than a thousand miles, Mary could tell something was wrong, and eventually, Elizabeth, who was usually tight-lipped, confided in her. Mary reached out to Elizabeth’s mother-in-law for further clarification and asked, “What’s going on? Is he hitting her?” Salinas says her paternal grandmother’s response was, “We don’t get involved in other people’s marriages.” It was a dead-end conversation, says Salinas, that made clear to Mary that Elizabeth’s in-laws were not going to intervene or help her daughter. Mary asked Elizabeth if she wanted to come home, and she said yes. “That was probably the hardest thing my mother has ever done because getting out of her childhood home was all she’d wanted growing up.”

Not long after returning home, Elizabeth experienced her first manic episode and disappeared. Salinas was one year old. Eventually, authorities found Elizabeth hiding behind an ATM in a New York subway. She was hospitalized, and doctors diagnosed her with manic depression. “That’s what they called it at the time.” Salinas says Elizabeth’s life never got back on track, though clinicians tried numerous approaches, including medication and even hypnosis to recover memories. Elizabeth never accepted her diagnosis. Instead, when she was manic, she’d say, “I have really bad sinuses.”

Alejandra Salinas and her mom, Elizabeth.

For much of Salinas’ early childhood, she spent hours curled up with her mother while she slept in a bedroom upstairs. When her mother was manic, she and Salinas would have dance parties and movie marathons. “I always knew when it was happening because mom wouldn’t shower, she’d blast music, buy me gifts, and start calling people she’d lost contact with years before.” By the time Salinas was in high school, she’d gotten good at detecting early warning signs that Elizabeth was about to experience a manic episode. “She’d stand in front of the mirror, speaking to herself.” Sometimes, Elizabeth would stand there for hours and cut up photos. Salinas, who lived across the hall from Elizabeth, was worried her mother was going to come into her room and cut up her photos. “That’s when I put a lock on my bedroom door.”

Salinas moved to New York after college. She and her mother kept in contact over the phone until one day, the calls stopped. Salinas doesn’t know exactly when it happened, but Elizabeth, who was living on her own at the time, died of starvation. “Tom, her caseworker, was supposed to check on her. To this day, we don’t know how so much time could lapse without anyone looking in on her.” Salinas says her mother’s demise nine years ago is a reflection of a system that failed to adequately develop a safety net to protect people living with serious mental illness. That’s why Salinas is passionate about helping her clients and their families create plans to prepare for times when life goes sideways. She says living in crisis isn’t just experienced by the person in crisis but also by the person’s loved ones. “We are all in this crisis together, and ignoring families leaves out a crucial part of the recovery and crisis prevention equation.”

In her work, Salinas oversees a team of clinicians and helps lead Catholic Charities’ social services division of immigration and refugee services. They help families navigate whatever stressors they encounter in their lives as they go through the immigration relief process on their pathway to US citizenship. The approach is interdisciplinary, and Salinas and her colleagues aim to provide whole-person support, which includes engaging with clients’ schools, legal teams, and outside healthcare providers. “Working with marginalized populations involves a great deal of advocacy. Simply speaking with doctors can be a grueling task for a person who isn’t a native English speaker and isn’t familiar with our healthcare system.” Case managers at Catholic Charities connect clients with social service resources, goal setting, and employment specialists assist eligible clients in finding and maintaining stable employment. There is also an English as a Second Language (ESL) department that provides learning opportunities. The clinicians, who are overseen by Salinas, offer counseling services and write mental health evaluations that can be used to strengthen clients’ legal cases.

Weaving connections of support for her clients has been a primary driver for Salinas. Not only because she feels it’s the right approach, but also because growing up, she experienced and witnessed the consequences of a fractured, siloed care system. As the child of a mother ebbing in and out of a crisis, Salinas was mostly forgotten. So too were her grandparents: they were desperate to help Elizabeth but were not included in her care. “In building this program, we knew that while technically our client may be a young person working with the legal team on immigration relief, it was essential that we open up services not just to our clients but also to their families. In most cases, it’s the optimal way to strengthen support around a child. Or any person for that matter.” 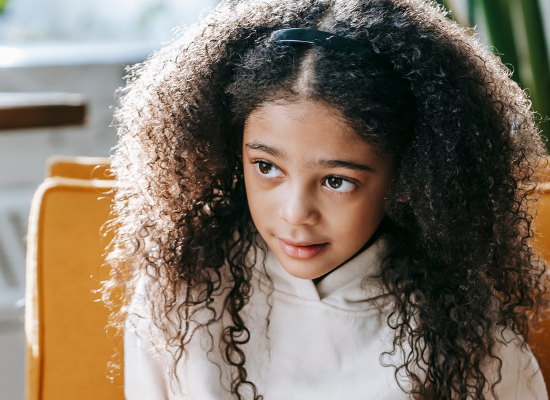