Passerby in Maricopa County, Arizona, have likely driven or walked past a mobile crisis team helping a person in mental health distress and had no idea. Erica Chestnut-Ramirez, Regional Vice President of EMPACT Suicide Prevention Center at La Frontera Arizona, says that’s intentional. Around the United States, people in mental health crises often first encounter law enforcement. “They or a third party call 911, and that results in lights and sirens, which draws a lot of attention, and the experience can be traumatic.” Mobile crisis teams take a different approach. They go out in groups of two, made up of a mix of clinicians, behavioral health technicians, and peers, to people in need. “We go in an unmarked van to where the person is experiencing a crisis. Whether at home or elsewhere in the community. To anyone else, it just looks like three friends having a conversation.” During the interaction, the team does risk assessments and interventions, helping to mitigate the mental health crisis to Emergency Room (ER) or jail pipeline. Chestnut-Ramirez says not only is this approach more person-centered and therapeutic, but also mobile crisis teams in Arizona have a 75-80% stabilization rate. “That means we can keep people in the community, and they don’t have to go to higher level, higher-cost services.”

Mobile crisis teams are effective in bringing services to people in need, particularly marginalized populations, people who might be otherwise hard to reach, including those who have had a negative experience trying to access services in the past. That said, Chestnut-Ramirez says that most people are more likely to seek help when the crisis service is coming to them as opposed to having to go outward. There are several reasons why, including autonomy and that people are simply most comfortable at home. “All of us tend to feel that way. We’re more comfortable in our natural environment. In the ER or an inpatient setting, we don’t have access to our comfy bed, family members, or pets—a lot of people talk about their pets.” She notes that some people have experienced a crisis and had a traumatic ER visit or inpatient hospitalization stay, which acts as a deterrent. “Similar to negative interactions with law enforcement that result in people not wanting to call the police for help, the same is true for adverse experiences in the ER or hospital.” Chestnut-Ramirez says afterward, people might hold off seeking help until their symptoms become unmanageable. For those who’ve had a traumatic experience, mobile crisis services are appealing because they function outside of the hospital environment.

Chestnut-Ramirez says mobile crisis services not only meet people where they are geographically but also clinically, matching them with the care they need. Even after mobile crisis teams intervene, some people do need a higher level of care, but most don’t. The problem, she says, is that defaulting to the ER isn’t just traumatic for people, it also sends a message of reliance. “What we are telling people is that they don’t have the knowledge or skills to manage the crisis themselves, so they need others to do it for them.” Mobile crisis teams send the opposite message by teaching people to manage a lower-level crisis, develop coping skills, and work through interventions. She says it shifts the idea of who should lead a person’s care from a paternalistic view to one focused on autonomy. “It empowers people to learn how to manage their crises and know that anytime they need help, they can reach out to mobile crisis for support. They can just say, ‘Hey, I need help,’ and we’ll go to them and work more on skills.”

Mobile crisis teams in Maricopa county get dispatched through a Statewide Medicaid system for Arizona. Chestnut-Ramirez says the county’s call center acts as an air traffic control center, where specialists can assess the person’s care needs and stabilize the vast majority of callers, dispatching mobile crisis teams to those who need more assistance. She says, in the county, there are around 30 mobile crisis teams in any given 24-hour period. “We are one piece of the crisis care continuum and collaborate with the call center, other providers, subacute facilities, and law enforcement to ensure that we work seamlessly together to provide people the best care possible, which is what they deserve.” Each mobile crisis provider has a specific schedule, and call center specialists know what teams are on call, which were dispatched, and “can even see geographically where each team is located at any given moment.”

When a mobile crisis team meets with a person, they’ll introduce themselves, making clear that they are there to help by saying, “Hey, you called for us, or someone called and said you might be having some difficulty. What’s going on?” Chestnut-Ramirez says they will engage with the person to learn more about what challenges the person is facing. “That’s when we start to do the assessment piece to determine what the person is experiencing: are they in psychosis or having a parent-child relationship issue? Whatever it is, we are here to help.” In the full assessment, the team will decide what level of care is required based on the person’s protective and risk factors. Most of the time, the team can help the person stay safe in the community, but if a higher level of care is needed, the mobile crisis team will do the transport except in the case of a medical emergency, “which is rare.” In some cases, the person merely needs a ride home. “Maybe they got lost and need to get home. Or maybe they do need to go to a higher level of care, and we will drop them off at one of our subacute crisis stabilization units in the valley and get them hooked up with services there.”

The Maricopa county mobile crisis teams will also do follow-ups if needed. If they transport the person to a higher level of care, then that facility assumes responsibility. “If it’s somebody we are keeping at home, or elsewhere in the community, then we will do a personalized safety plan that includes follow-up.” This may be a call out to the person that evening or the next day. Sometimes the person might be at risk for needing a higher level of care, but the team thinks with appropriate support and safety check-ins, they can remain in the community. “The person might call into our internal crisis line where hotline services will do a reassessment over the phone.” The idea, says Chestnut-Ramirez, is to help the person continue to work on coping skills. If the person wants a face-to-face conversation, the mobile team will go back out to do the follow-up. Sometimes, the person doesn’t check in, and the team can’t get ahold of a family member. “That’s when we’ll do a wellness check. It’s all individualized and person-centered.”

Though grateful for the robust crisis continuum she’s a part of in Maricopa county, Chestnut-Ramirez says getting too comfortable or complacent isn’t an option. “We constantly work to ensure that our relationships with all of the moving parts of the continuum are strong.” That includes law enforcement, who often feel that response times aren’t as quick as they could be. Unlike typical calls into the call center, those from law enforcement result in immediate dispatch. “To expedite the process, they don’t go through a lot of triage on the call center line.” Chestnut-Ramirez says the result is a quicker response time of about 30-35 minutes compared to the average community response time of 45 minutes. “They still think it takes too long, so we consistently engage in working together and figuring out how to reduce that time.”

It took years to develop such an efficient system. Chestnut-Ramirez says that over thirty years ago, EMPACT started with a single phone line and crisis team. “At first, we focused on children and teens. In fact, EMPACT stands for Emergency Mobile Pediatric and Adolescent Crisis Team. We’d get a call, jump in the car, and go where we were needed.” Today, the non-profit serves anyone who needs help. She says what has allowed EMPACT to grow is that funders like that mobile crisis is less expensive, has better outcomes, and is cost-saving. “Avoidable readmissions are expensive, and so too is using an ambulance to transport someone who could have remained at home.” It’s also expensive to take law enforcement off the street, having them respond to mental health crises and transport people to the ER or jail. “Experiencing a mental health crisis in the ER or jail is traumatic, and both have a history of long wait times without treatment, making recovery all the more challenging, which increases the likelihood of readmission. It’s a vicious cycle.” Mobile crisis teams interrupt the loop by providing immediate care, resources, and teaching life-saving skills. “Expanding people’s coping competency is empowering and makes a positive difference not only in their lives but also those of their family.”

Chestnut-Ramirez hopes to see even more mobile crisis teams in the state. In Arizona, one of the challenges is reaching rural and frontier areas, and she believes telehealth could be the next partner in the crisis continuum. In fact, EMPACT has begun to pilot using an on-call psychiatrist through telehealth. “There are times where a person goes against the team’s recommendation and wants to go to a higher level of care. Other times, the person needs an immediate prescription, and telehealth allows for “a script to be filled so the person can stay in the community instead of going to the ER.” She says it gives mobile crisis teams one more tool to keep someone safe at home in their natural environment. “We are looking forward to seeing how this changes our stabilization numbers.” 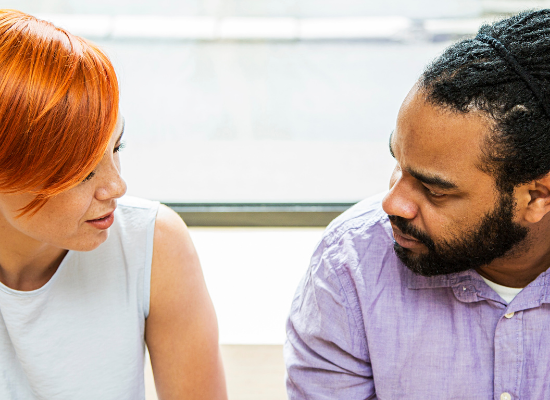