On June 26th, 2018, Katrina Brees’ mother left home and didn’t come back. Brees says her mother had an infectious personality; she also struggled with Bipolar Disorder. “She tried so hard to get better and tried drug therapies, church retreats, Mardi Gras krewes, and even gratitude journaling, and still she struggled.” Nathan told her boyfriend she was going to the store to buy underwear. Instead, she typed ‘gun store New Orleans’ into Google on her iPhone, finding the nearest gun shop where she purchased a .38-caliber revolver and a box of bullets. Somewhere between that time and eight hours later when a park employee found her, Nathan drove to the Tree of Life in Audubon Park, New Orleans, and died of suicide. The irony, says Brees, is that, later, when she looked through her mother’s drawers, she had plenty of underwear. “We tried to be vigilant every day, but everyone is going to be tired sometimes, and we were all tired on the same day.”

Brees says Nathan’s challenges with mental illness were made worse because of external and internal stigma. They had chipped away at her mother to the point where Brees wasn’t allowed to talk about her concerns. “That was a contingency in our relationship; I wasn’t allowed to ask how she was doing⁠—in terms of mental health ups and downs⁠—or else she would stop speaking to me.” Navigating these challenges was not new to Brees, who had observed her mother’s ups and downs since childhood. In the early years, no one in the family could identify what was happening and so Nathan self-diagnosed, suspecting she had a yeast infection and needed to correct her diet. The term Bipolar Disorder didn’t come into the home until Brees, at 15, began digging into psychology books at the library and brought one home, pointing to the text and telling her mom, “I think this is what you have.”

Nathan experienced her first manic episode in 1991. Brees and her brother call it, “Chapter One,” marking the beginning of their journey with their mother through mental illness. Brees suspects that it was brought on by a life-event. Nathan’s brother was dying, and she sought help and began therapy. Her psychiatrist also gave her a three-month prescription of a hefty dose of Prozac, which Brees suspects triggered her first manic episode. “She abandoned us for three months and came back a different person, addicted to prescriptions that were supposed to help her get better.” What people don’t understand, says Brees, is there are treatments but not a cure for Bipolar Disorder and that it took tremendous energy and commitment for her mother to maintain mental health. “It’s not just the person struggling that must be committed and dedicate their time and energy, but also her or his family if that person is going to survive.”

In 2004, Nathan made her way to New Orleans where Brees had been living, and for nearly a decade, she did quite well. She found a therapist she liked and was taking a small dose of Lithium. “Mom was stable and functional, and during that time, we had a nice life, building memories and surrounding ourselves with friends and enjoying the normalcy.” It’s not entirely clear what derailed Nathan though Brees points to a series of unfortunate events: a housesitting experience that went poorly, and a person who was attacked in her home. Her mother began to drink more and sleep less. “She was in a fragile state and became unhappy. These events shook her up, and she became unrecognizable, going from a healthy 67-year-old to seeming elderly.”

Her symptoms escalated, and the new medications Nathan was taking came with negative side-effects that made day-to-day life difficult. She experienced insomnia, anxiety, and tremors so severe she could no longer eat with a fork without injuring herself. Walking became nearly impossible. Brees said, simultaneously, Nathan became obsessed with Anthony Bordain and Kate Spade, who had both recently died of suicide. Brees suspects underlying her mother’s obsessive focus was shame. “She’d fixate on believing she was a bad mother, that she failed at her marriage, and didn’t have a successful career. These perceived failures devastated her.” Brees said she missed some of the signs because she’d temporarily distanced herself from her mother. On Mother’s Day 2017, Nathan had a psychotic break and lashed out at her daughter. After sharing what had happened, friends told Brees the relationship was toxic, and it was better for Brees to remove her mother from her life. “Thankfully, I soon realized it didn’t make sense. My mom was mentally ill, not intentionally unkind. There are family members around the world who are removing people’s safety nets because they perceive them to be toxic. My mom thought I was judging her, and I was—that’s what people do, but it was out of love, compassion, and concern.”

Brees says, in the end, it was shame and easy access to a gun that was a lethal combination. She believes if it hadn’t been taboo to speak with her mother about her challenges, Brees and other family members could have intervened during her mother’s mental health crisis; and had Nathan not been able to walk in to a shop and buy the only gun she’d ever own, maybe the ending would have been different. That’s why Brees is on a mission to address both stigma and access to lethal weapons, starting with ‘Donna’s Law: Self-Defense Against Suicide,’ a bill that’s on the table for 2020, and, if passed, would create a Louisiana Voluntary Do Not Sell List. Brees said the list, which has bipartisan sponsors, isn’t anti-guns; it’s a voluntary self-registry that’s reversible after a two week waiting period. “It empowers people when they aren’t in crisis to protect themselves for when they are.”

If she could speak with her mother one more time, Brees would tell her she’s proud of her. “I didn’t realize how much she needed to hear it.” 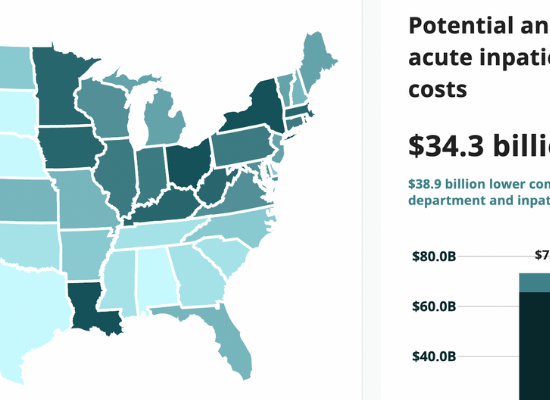