When Lisa St. George was an 18-year-old in Lansing, Michigan, she mustered the courage to tell her psychiatrist she felt she didn’t deserve to live. The feelings were so strong they frightened her. Her thoughts of suicide grew emboldened, “sitting on my shoulder and talking in my ear.”

Taking a deep breath, St. George revealed to the physician what she had told no one ever before: that her stepfather began sexually abusing her when she was seven. She once tried telling her mother, but her mother hadn’t understood. Seven-year-old St. George said, “I don’t like the way he plays with me.” Her newly married mother replied, “I’m sure he doesn’t mean it; we want him to stay.”

Sat in a chair across from the doctor while describing and disclosing the experiences she held most secret, St. George wondered whether lightning would strike her, a fear that persisted throughout adulthood whenever she spoke of the abuse. “My stepfather told me, ‘if you ever tell anybody, you will die.’” Sexual abuse in a family can quickly become normalized, St. George says, but by the age of 12, she knew “it wasn’t normal.” “He could see it in my face.” Her stepfather responded with amplified threats. For years, he drove her by the Clinton Valley Center in Pontiac, originally named the Eastern Michigan Asylum for the Insane when its doors opened in 1878. Demolished in 2000, the grounds where the hospital once stood are now part of a subdivision.

“He’d tell me, ‘This is where liars end up, and they go in there and never get out. Their mothers forget where they are.’” St. George’s stepfather reiterated each time that her loved ones wouldn’t remember where she was and they’d forget about her. He told her if she ended up in psychiatric care, she’d never go home.

As St. George’s description of sexual abuse poured out of her, the physician sat in his chair, inhaled a drag of his cigar, and looked at her. “Well,” he said, “you’ll just have to get over it.”

St. George left the doctor’s office with a valium prescription and a belief she was at fault. She never took the valium because her stepfather’s abuse made her hypervigilant, but St. George carried the doctor’s dismissive words with her for years to come.

Had the doctor valued her, says St. George, with even equal regard to the perpetrator, she wouldn’t have carried such an enormous burden of shame. Instead, the way he responded cemented her negative feelings toward herself. “It confirmed it wasn’t a big deal and something was wrong with me,” she says. As a mental health professional herself, St. George is horrified that the psychiatrist—who had a duty to report known or suspected child abuse or neglect—didn’t reach out to local law enforcement or the Department of Human Services. “Later, I realized this was wrong,” says St. George, “but we blame women for what they suffer, rather than the perpetrators.”

At age 34, St. George finally told her mother about the abuse and that she planned to call the police; she wanted to stop him from abusing other children. Her mother asked her not to contact the authorities, saying, “What would people think?” Six years later, as her mother was dying, she told St. George, “It’s okay now.” They called the police and reported the abuse. Her mother’s deathbed decision, notes St. George, made no difference, practically. “It was too late,” she says, “By then, I didn’t know where he was. I can’t imagine the police did much with that information.”

From the age of 18 onward, St. George’s suicidal ideations continued at such intensity, she kept thinking, “I’m going to do something to myself even when I don’t want to.” St. George doesn’t remember how it happened, her suicide attempt. It was the culmination, she says, of an onslaught of loss.

One day, 30-year-old St. George awoke in a private psychiatric hospital. Though she’s uncertain how. “Someone must have found me in the park and taken me there.” Institutionalization is exactly where St. George’s stepfather told her she’d end up if she told anyone what he did to her. His words returned to her, becoming one half of the inner dialogue between his claims and her adult self trying to refute them. “You’re never going to get out; they’re going to keep you forever,” she thought. “No one is going to know where you are.” St. George worked to dismiss these thoughts. She had friends and family, people who wouldn’t just forget about her. Even more optimistically, she thought, “Maybe the hospital will help me.”

In the 1980s, the hospital atmosphere, says St. George, was more criminalization than care. Still, she was hopeful but also felt incredibly confined by the building where metal mesh covered the windows. The nearby common room was loud with music and crowded with patients playing foosball and watching TV. St. George didn’t want to be there and, instead, found a quiet spot in a sunlight dappled chair next to the sole window not layered in metal. “It led to a patio outside, and I just felt safer there,” she says.

A nurse noticed St. George and yelled through a hole in a glass partition, “Move over there!” She motioned for her to join the others in the loud, chaotic common room. St. George pleaded with the nurse. “I told her, ‘I’m being quiet here. I won’t talk or anything. I just want to stay and draw.’” The nurse became agitated, calling St. George by her diagnosis and ordering that she move. At that moment, her psychiatrist opened the unit door from outside, coming in from the hallway, and St. George ran out of it into the sweltering Phoenix air. Running down Van Buren Street in a sweater, she had a destination: her house’s closet.

“I thought if I could get home and get in my closet, they wouldn’t find me,” she says. “It didn’t occur to me until years later that it was child-me running down the street that day, looking to hide from danger. The closet is where I hid from my stepfather as a child.”

When the police caught up with St. George, they handcuffed her, shoving her in the back of the police car. It mortified her, and she anguished, “If my grandma could see me now, what would she think?” As soon as St. George entered the unit, four men pushed her onto the ground, carried her over to a hard table where they strapped her into a five-point restraint, tugging velcro cuffs onto her wrists and ankles, and putting a strap across her chest.

“I didn’t have the strength to resist, verbally or physically,” she says. “There was no attempt at conversation. Their aim was only to control and punish.”

The nurse injected St. George with a medication concoction, one that knocked her out. She came to in the fetal position in her room and remained like that for days, unable to eat or speak. “I felt like I was in a glass box: I could see and hear but not speak,” she says. “I wanted to get up and ask my doctor for help, but couldn’t.”

The act of men holding her down was far too familiar, plummeting St. George’s psyche into a dark hole. “Even with the straps gone, and the medication worn off, they incapacitated me,” she says. “I couldn’t function.”

Today, St. George, MSW, CPRP, is vice president of Peer Support and Empowerment at RI International. She has made it one of her life goals to ensure that no one experiences what she did in the name of care, working to develop critical innovations to disrupt the long-persisting practice. “Seclusion and restraint is traumatizing for anyone,” she says, “but that’s especially true for victims of physical, sexual, or emotional abuse, which is far more prevalent in the United States than society wants to acknowledge.”

St. George says because of systemic and cultural gender inequality, society normalizes violence against girls and women in private and public spaces. “We’re often more concerned with what perpetrators will lose,” she says, “than what victims continue to lose when we don’t acknowledge the abuse or dismiss and treat it as insignificant.” Even worse, she says society forces victims to own what people do to them.

Over the past 20 years, countless women in crisis have shared their stories with St. George, many of whom experienced sexual abuse and other trauma. “The insecurity, sadness, overwhelming stress, worry, and shame we carry for years on end are wearing,” she says. “I know my struggle comes from an experience that to this day, I can’t rectify.”

Early in her career at RI International, St. George and her colleagues brainstormed ways to shift the “us vs. them” culture at psychiatric facilities, a dichotomy she says contributes to the otherization of patients, making it easier to seclude and restrain them. One such concept was the greeter, a person with lived experience who welcomed incoming patients. “The peer would say, ‘I get it. I’ve been in here myself, and I know it’s hard,’” she says. Including peers was transformative and sparked St. George and colleagues to come up with other ways to integrate them, arriving at the Living Room model, a peer-run psychiatric respite program that’s an alternative to hospitalization for people experiencing a mental health crisis. Eventually, she and her colleagues placed peers throughout the entire Crisis Recovery Center (CRC).

In the early days, St. George notes there was pushback against the use of peers. “Clinical teams and case managers would send us people they didn’t want to deal with, patients who were difficult and hard to manage,” she says. “But they were us, so we didn’t look at them the same way.” Systems quickly took notice when suddenly people who mental health professionals once viewed as hopeless cases were getting better, attending appointments and following treatment plans. “Peers are strong, highly effective, and can reach people in ways others can’t,” says St. George.

In 2019, RI International launched RI Renew, an initiative to abolish seclusion and restraint at the CRC. “No matter when we use restraint,” says St. George, “it’s always a trauma and a treatment failure.” She says it wasn’t an easy cultural transition, and when the company first moved toward zero-restraint in the early 2000s, the organization lost staff. Some people believed the teams couldn’t do the work without seclusion and restraint and that staff would experience injuries. “What we found was the opposite,” she says. “We could do it, and staff injuries went way down.”

St. George hopes to see a true trauma-informed cultural shift in the mental health field, which means taking seclusion and restraint entirely off the table as an intervention because of the nation’s prevalence of abuse. “We shouldn’t just view it as a re-traumatization but an act of torture.”

She also says it’s time for society to have a wake-up call, which means tackling behavioral, social, and structural determinants of gender inequality and their impact on girls’ and women’s health. “We have to go beyond just paying attention to people’s histories and put parity in place.”

Victor Armstrong on Race, Mental Health, and How Removing Police Alone Is Not the Answer 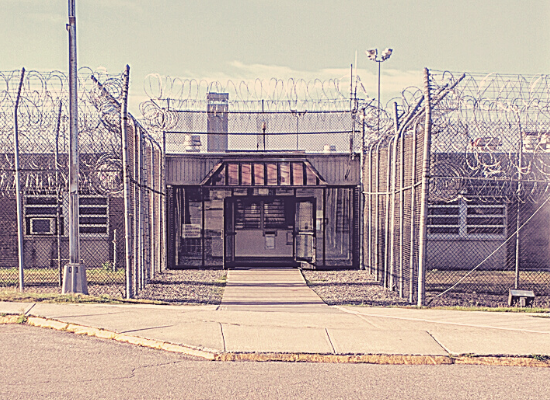 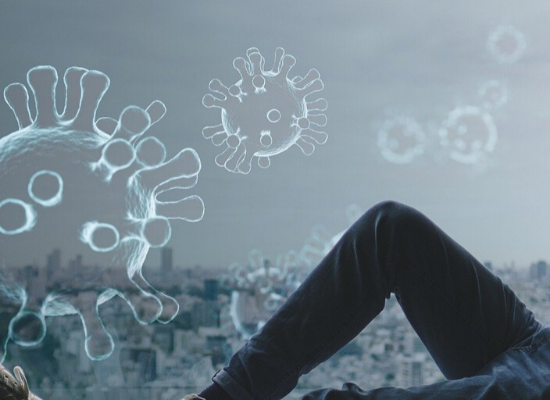 COVID-19: Matthew Holtsclaw on Keeping Seclusion and Restraint at Bay 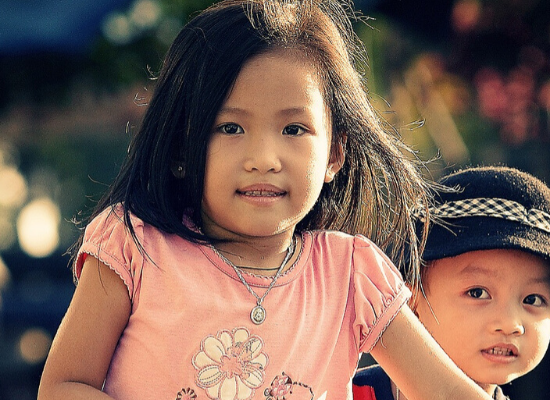 There are Fewer Options for Kids in Psychological Crisis 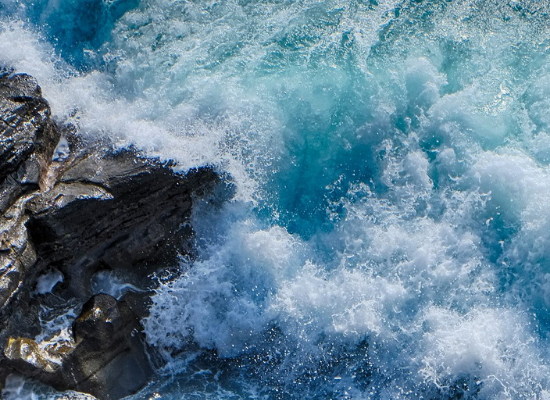