“The price paid is not just in elevated healthcare spend on mental health crisis care but also in terms of public safety, the cost of law enforcement engaged in addressing mental health crises, the expense of incarceration and the impact on quality of life for individuals in the community.”

This descriptor published in the 2018 report from the US National Association for Mental Health Program Directors (NASMHPD) is not unique to the United States of America. It resonates whether you are in the US, England, Australia, or any other high-income country. The impact on communities lacking integrated, multi-level mental health crisis services is much the same—over-reliance on emergency departments with people waiting in an ED for hours or days for mental health care, unsafe care pathways, inefficient use of limited resources, and much more. There has to be a better way. But few countries have made the commitment at the national level to bring about true structural reform for mental health services. England is one exception.

In 2018, NHS England made the case for improving access to and quality of care for those with mental ill-health. It resulted in a ring-fenced local investment fund worth at least £2.3 billion a year for five years. The aim? To ensure that high quality, evidence-based mental health services are delivered to an additional two million people every year. How did this come about and what does it entail? #CrisisTalk spoke with Bobby Pratap, deputy head of mental health at NHS England, to find the answers.

“It was really a perfect storm,” says Bobby. “Leadership was critical. The NHS England chief executive, Simon Stevens, had a firm belief in the importance of quality mental health care and he had built capability to deliver with a strong and comprehensive team. Externally, the voluntary sector—Royal Colleges and families who lost loved ones to suicide—were being far more vocal in their calls for improved services. All of which resulted in mental health being made more visible.”

Making the Case: Urgent and Emergency Mental Health Services Should Not Live or Die by Their Financial ROI

Bobby was one of the guest speakers at the first International Summit on Crisis Mental Health Care held in England in 2018. His presentation centred on making the case for increased investment in mental health crisis care.

His presentation began with statements that would be familiar to many working in mental health crisis care:

Understanding the problem then required examining the current costs. This included examining data such as the number of presentations to A&E that were coded to mental health and then assessing the estimated cost for each presentation. Added to this were the costs of conducting additional assessments that were required under hospital guidelines.

Based on this, he was able to provide a conservative cost estimate that could be £100-£120 per mental health attendance.

Determining a similar process for assessing hospital costs if admission was required needed further data collection and analysis. Added to the number of presentations was the costs if a person was then admitted for a short stay (0-2 days). Further increases were included if the person required longer hospital stay, or if a bed could not be found immediately resulting in admission to a general hospital.

While these are costs based on NHS England data the assumptions on which they are based are quite universal for high-income countries.

In the recently released The Washington DC International Declaration, it noted that a comprehensive and integrated crisis network is the first line of defence in preventing tragedies of public and patient safety, civil rights, extraordinary and unacceptable loss of lives, and the waste of resources.

Effective crisis care that saves lives and dollars requires a systemic approach. Research has demonstrated the effectiveness of the core elements of systemic quality crisis care as being:

These quality crisis systems are further enhanced by harnessing data and technology, drawing on the expertise of those with lived experience, delivering services where the person is, and providing evidence-based suicide prevention.

This model of care formed the foundation for how NHS England framed its approach and it was able to draw on existing examples of services within the NHS England to demonstrate improved outcomes for the people using the services.

More importantly within six months, this integrated multi-level service offering resulted in improvements to care and better staff responses, and more satisfied users of the service:

Is the Investment Delivering More of the Same or Is It Driving Bold New Approaches?

According to Bobby, the big difference is in the planned enhancement of community services, which is intended to fill a historic gap in service offering across all NHS mental Trusts.

He notes that there are so many people who, up until now, have been presenting to hospital when clearly another service can meet their needs. The aim is to build new models of primary and community care and the funding has been allocated accordingly. There is almost £1 billion for community, crisis, eating disorder and school-based services for children and young people, almost a further £1 billion allocated for new models of care within the community for adults and older adults with serious mental illness, over £300 million new investment in adult crisis services with a focus mainly on urgent support in the community but also investing in ED, ambulance, A&E and inpatient care.

The wide-ranging plan also includes a number of other programs for common mental health disorders, support for people in the perinatal period, targeted plans for suicide prevention and bereavement support, as well as new initiatives for people who sleep rough and those with gambling problems.

In the proposal, NHS England drew on other examples, like the Cambridge & Peterborough First Response Service, to demonstrate benefit for the enhanced community mental health services. It modelled the benefits for including a liaison mental health team within the A&E demonstrating that this initiative would pay for itself through avoidance of hospital admissions alone and be further enhanced by reduced length of stay by those who were admitted to inpatient care.

Evaluation of an alternative service to attending A&E demonstrated that there was a decrease in emergency department attendance. More than half the people who used the service did so to prevent an escalating crisis and reported a very high level of satisfaction with the service. Based on NHS figures this initiative would pay for itself if it prevented only 15 admissions per year—just slightly more than one per month.

Perhaps an unanticipated consequence of this annual £2.3 billion “perfect storm” has been the challenge faced by NHS Trusts of responding to such a high increase in investment and increase in ambition that perhaps the sector has not been accustomed to in the past. Mental health has been so poorly resourced for so long that this influx of funding is difficult for people to get their head around. But despite this, everything is moving in the right direction. Progress is already being made on the crisis care ambitions, with every NHS Trust now having fully funded plans that will provide:

Is There the Workforce Capability in Place to Deliver the Increase in Services?

The five-year plan has some very ambitious increases in the workforce and this is perhaps the biggest challenge. The workforce plan has just been launched and it focuses on two specific areas:

In the crisis care component of the plan, the focus is on new growth in different types of roles with both peer support and voluntary sector workers commissioned by NHS to deliver services. Too often approaches to mental ill-health have been over-medicalised rather than just being with people. Building the capacity of the workforce with those with lived experience will ensure services mirror more closely the needs of those who will use the service going forward.

There are important policy changes that are needed to support implementation of the plan. Access and capacity is one thing but how quality is delivered is critical to success. Co-producing with people using the services is an integral part of success.

Has COVID-19 Impacted the Planned Implementation?

Globally, everyone has been grappling with flattening the curve on COVID-19 infection. As success is slowly evolving, there is increasing concern by mental health leaders that the long-term impacts of the restrictions will increase demands for mental health services.

Fortunately, Bobby says because NHS England is in year 2 of the 5-year transformation plan, COVID-19 has meant that some activities have been accelerated rather than blocked, and that is for the better. When the pandemic peaked in April, NHS England asked all NHS Trusts to establish an all-age, open-access 24/7 urgent NHS mental health crisis helpline. All areas achieved this within the space of one month, well ahead of the original schedule.

Most parts of the country also set up alternative mental health centres to have been established outside of A&E, while this is to primarily reduce risk of infection within hospitals, the success of these centres will still need to be assessed.

Generally, NHS England is pleased with the implementation of the plan so far and has plans to enhance the infrastructure (such as improving data collection systems) needed to sustain the ambitious plan. One area that future plans need to address is improved integration of social services, particularly at the local level. Like in many parts of the world, health policy is not as well integrated with social policy as it could be, and it is well documented that many people who take their own life are dealing with life’s daily struggles rather than a diagnosed mental illness. There is opportunity to align policies on homelessness, financial matters; family and other relationship challenges, and many other social determinants of health to bring a greater focus on prevention.

There is some hope within the NHS that the UK Government will put forward plans for social and public health to complement its ambitious plans for healthcare-based mental health services, however, it may be that this is something for 2025 and beyond.

A health promotion advocate in Australia dedicated to improving the health and well being of all people. Throughout her career, she has focused on health for the community and has expertise in communications, education, and organisational development.

Sue currently leads the Zero Suicide Institute of Australia, which aims to support the healthcare system to understand and more effectively manage those who are vulnerable to suicide and suicidal behaviour. 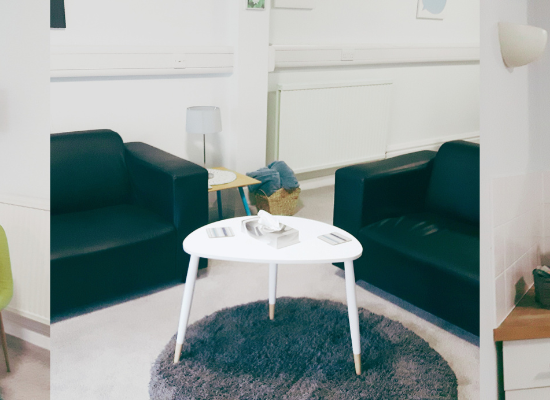 The Sanctuary: A Safe and Homey Space for People in Crisis