On average, every Congress, 10,000 bills are introduced. Sarah Corcoran, vice president of government relations at Guide Consulting Services, notes that “only around 300-500 pass.” “The odds are not in their favor,” she says. The current legislative session, which began January 3, 2021, has seen 16,833 bills introduced. So far, 199 (1%) have passed and been signed into law, and a total of 609 bills (4%) have been enacted—that includes those that incorporated other bills in these new laws.

She says long before Covid and 988, there’ve been congressional champions “beating the drum for years” to improve access to mental health services, increase funding, and shift policy. That said, many Congress members often perceived bills centering on mental health as too costly or without enough bipartisan support. “Today, there’s still a steep climb, but the incline is getting better.”

Corcoran witnessed a notable shift in bills focused on mental health and substance use disorders, even before the pandemic. “Conversations on the Hill began centering on the opioid crisis and how that interplays with mental health.” But, she notes it took an earth-shattering event to truly bring behavioral health to the forefront. “The pandemic triggered this watershed moment,” she points out, “making it impossible to deny that people needed more support.”

While she doesn’t believe the Covid disaster alone pushed the National Suicide Hotline Designation Act of 2020 across the finish line—“A very strong group of advocates in the mental health, substance use, and suicide prevention spaces worked together, in a bipartisan manner, to get it to that point”—she says the pandemic influenced Congress’ focus on comprehensive, transformative behavioral health bills. “The large emergency spending bills, in response to the Covid pandemic, opened up the playing field to be able to move mental health legislation because there were fewer questions on cost and growing awareness of the need.”

Within the pandemic, the United States has also been facing mental health and substance use epidemics. There’s been an increased proportion of emergency department (often called the emergency room) behavioral health visits, particularly among young people. In 2021, the American Academy of Pediatrics, along with several other child health-focused organizations, declared a child and adolescent mental health national emergency. Overdose deaths rose by 30% in 2020 and 15% in 2021, with spikes in deaths related to synthetic opioids, psychostimulants, and cocaine.

Growing awareness of twin mental health and substance use crises in the U.S. has meant advocacy groups, and lobbyists like Corcoran, can spend less time explaining why these public health issues matter and more on what states need to scaffold and expand existing systems to meet people’s needs. “Covid opened our ability to consider larger substantial responses to these ongoing crises.”

Among landmark legislation is the American Rescue Plan Act of 2021, which allows states to use enhanced federal Medicaid funding to expand home- and community-based services and mobile crisis services. “The American rescue plan was a comprehensive approach, through the reconciliation process, toward addressing issues flowing from or exacerbated by the pandemic,” she says. Reconciliation is a special legislative process that expedites high-priority spending and tax bills.

In 2021, senators and committees issued several requests for information, asking community stakeholders and providers to share their mental health and substance use priorities, and identify challenges, unmet needs, and solutions. For example, U.S. senators Bill Cassidy and Christopher S. Murphy requested feedback on specific behavioral health programs and policies. Senators Michael Bennet and John Cornyn released a white paper and asked for input from “experts, community leaders, and constituents” on policies that would help the desired outcomes laid out in the paper come to fruition. The Senate Finance Committee also released a request for information that included a litany of questions focused on evidence-based solutions to address workforce challenges, access to care for adults and children, coordination, parity, and telehealth.

Often, large bills don’t pass in their entirety, but pieces find their way into other bills. “Unfortunately, there’s no simple way to track this,” says Corcoran. For instance, the 988 Implementation Act of 2022, sponsored in the House by California’s Rep. Tony Cárdenas, likely won’t move forward as a single piece of legislation in this Congress, but sections of the bill have found a home in other legislation. That includes the House Energy and Commerce’s Restoring Hope for Mental Health and Well-Being Act of 2022, which has passed the House. The bill is designed to reauthorize vital Substance Abuse and Mental Health Services Administration (SAMHSA) and Health Resources and Services Administration (HRSA) programs to address the previously mentioned twin crises.

That said, Corcoran says state and federal leaders and legislators should read through the 988 implementation bill to understand what’s needed to set up a sustainable, comprehensive crisis system. The text includes payment mechanisms, definitions, expanding workforce programs, and messaging campaigns “so SAMHSA has more resources to disseminate information on what 988 is and isn’t” to other agencies and the public. It also lists evidence-based and best-practice crisis care services.

She notes that Rep. Cárdenas and his team worked diligently to ensure the bill’s language and approach were inclusive, precise, and comprehensive. That includes rectifying gaps in prior 988 legislation and working with Robert Morrison to explicitly include substance use. He’s the executive director and director of legislative affairs at the National Association of State Alcohol and Drug Abuse Directors. Corcoran hopes the implementation act helps Congress stay focused on 988 instead of “a one-and-done attitude” now that the 988 is live. “I hope they don’t take their foot off the pedal and that Congress continues to provide resources and policy changes to ensure that a full and sustainable crisis continuum is set up.”

It also means Corcoran has much work ahead of her, explaining why, on its own, 988 “going live” doesn’t solve the problem. “Lobbyist is a wonky term,” she says, “but the job really means that you’re trying to clearly explain often confusing and obtuse terminology or policies in a way that makes sense and makes legislators interested.” Being a lobbyist also means communicating with offices that might be especially interested in an issue, given that they have a personal connection to the topic or it’s a priority in their district. “Our language has to be clear, concise, and also show the human impact.”

Much of what she does is make the twin public health emergencies real for the offices she’s outreaching. That might mean asking if mental health and substance use challenges are an issue in the congressperson’s district or state. “I might ask if they have a crisis receiving center and, if so, if they’d tour it,” says Corcoran. Or, she might ask if she can bring in a constituent to discuss what they’re seeing every day as a peer support specialist. It has to be explained in a way that resonates with the congress member or staff. “People won’t walk away with the facts and figures, they’re going to remember the story about the person who was impacted by being able to receive life-saving care.”

Over the years, Corcoran has witnessed a gradual erosion of behavioral health stigma. While, by no means gone, she says Congress reflects society’s growing generational comfort talking about mental health. Also, the pandemic, and the corresponding rise in mental health and substance use crises, means more legislators are directly affected. As a result, many are invested in talking about mental health and substance use challenges and leading a bill on the Hill. “It’s not by accident that they’re prioritizing it on the Hill,” she says. “They know the impact on their own families and on themselves.” 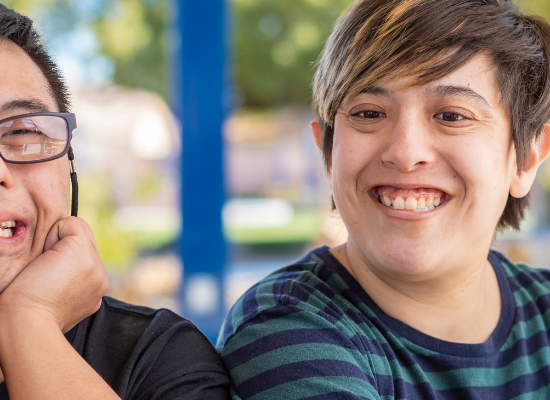