When Katrina Brees stood before the Louisiana State Legislature in May 2019, she could see her supporters fill the rows. They all wore red. But as she spoke, she quickly realized they weren’t supporters at all but there to oppose “Donna’s Law,” a bill named in honor of Brees’ mother that would create a voluntary “do-not-sell” firearms list. “It was a tough moment because I was standing there sharing my mother’s story with the committee,” she says. However, afterward, a few people in red followed her and asked, “What can we do to help?”

Brees is an artist turned mental health advocate who, in four short years, has helped pass voluntary firearm purchase delay legislation in Utah, Virginia, and Washington State. Washington’s legislation went into effect in January 2019, and the effective dates for Utah and Virginia’s legislation were May and July 2021, respectively.

If passed, the legislation would allow people to add themselves to a federal “do not sell” database. It would task the attorney general with establishing and maintaining a secure internet-based platform that’s separate from other databases in the national instant criminal background check system. Brees told us in 2019 that, much like a psychiatric advance directive registry, a voluntary firearm purchase delay registry “empowers people when they aren’t in crisis to protect themselves for when they are.”

In 2020, 45,979 people in the United States died by suicide, and over half of gun deaths were from suicides. Despite the frequent misconception, the use of a firearm is the most common suicide method for both men and women. There’s been a false, long-held notion that women who die by suicide choose less violent methods, often with the gendered belief that women are less intent on dying. Craig Miller told us last week that people misunderstand suicidal ideation and suicide attempts to mean that a person wants to die. With women, there’s a perception that they didn’t want to die and attempts are often deemed attention seeking. When, in fact, regardless of gender, people who are suicidal are also often ambivalent. Leading suicide expert Thomas Joiner, Ph.D., defines this ambivalence as forces for and against life “contending with one another contemporaneously.”

When speaking of his own suicidal ideation, Miller told me, “I didn’t want to die, but I was willing to die to no longer feel the way I did.”

On August 30, writer and suicide prevention advocate Bryan Barks wrote of her own struggles with suicidal ideation in an opinion piece for the Washington Post and shared that a national voluntary firearm purchase delay database would save lives. She wrote that if passed, the legislation would allow people to “…preemptively put a barrier between themselves and the most lethal method.”

“I have mental clarity most of the time, but I know the storms will come again. I want to have the ability to preempt crises. I want to have the ability to protect myself from the version of me that is not thinking clearly. People who are prone to suicidal thoughts and behaviors need this bill, which allows us to protect ourselves from our unwell selves. We need this policy, which gives us the agency to make preemptive decisions about our own health. Please, give us the tools to preserve our lives.”

Brees says the federal bill addresses shortcomings she’s seen in other voluntary purchase delay legislation. For example, in Utah, a person interested in being added to the voluntary restricted list must fill out a request for inclusion form found on the Utah Department of Public Safety website and take it to a law enforcement agency in the state. Utah State Rep. Steve Eliason has called the process “onerous” and said he hopes to streamline the process in the next legislative session. In Virginia, people can either submit the form to the Virginia State Police or mail it to the Virginia State Police Firearms Transaction Center.

In Washington State, the first state to pass “Donna’s Law,” a person must go to the county clerk of courts to file a voluntary waiver of firearm rights. Brees navigated the process in Skamania County and found it intimidating. “The clerk of courts is in the courthouse and on the same floor as the prosecutor’s office and district court.” In fact, it’s next to the courtroom itself. Many people who’ve experienced mental health or substance use challenges have also had to navigate the legal system. She worries that having people go to the courthouse, where they may have had adverse experiences, makes it less likely that they’ll take the steps to file the waiver.

Under the federal bill, a person could add their name to the database in person or through a mental health professional. As with the existing state lists, participation is voluntary and reversible, and there’s also no limit to how many times a person can be added or removed from the list. However, Brees notes that when a person requests to be removed from the database, there’s a critical 21-day delay. (If a mental health professional states the person doesn’t present a substantial risk of harm to themselves, the reversal is far faster—no less than 24 hours after the attorney general receives the request.)

Brees believes a national database will save the lives of people experiencing suicidal ideation and would have likely saved her mother had such a registry existed. On June 26, 2018, Donna Nathan told Patrick Burke, her partner of 12 years, that she was heading out to buy underwear. Instead, she typed “gun store New Orleans” into her iPhone, searching for the nearest gun shop where she purchased a .38-caliber revolver and a box of bullets. Nathan drove to the Tree of Life in Audubon Park, New Orleans, and died of suicide. She left a note that said, “Pat. I love you. I’m sorry.” It was the first gun Nathan had ever owned.

Four years and four months later, Nathan’s suicide is still an open case with the New Orleans Police Department. Not because there’s any question of what happened, but because of understaffing and the slow roll of bureaucracy. The personal effects Nathan had on her at the time of death—clothing, purse, wallet, pack of cigarettes, the gun, the suicide note, and the pad of paper the note was written on—sat as evidence with the NOPD. “Eventually, I was able to get her cell phone, diamond earrings, and a Xerox of the suicide note,” says Brees. During the pandemic, Brees called to check on her mother’s remaining belongings. The NOPD told her all, except the gun, had been destroyed.

“At first, when my mom died, people said, ‘Oh, that’s the worst.’ As in, that’s the worst way someone could die. I wasn’t so sure—I’ve had friends who’ve lost their mothers to ALS or cancer, horrific illnesses. But what I didn’t realize is with suicide is all these little tiny pieces come up forever. So there is never closure in the same way.”

When Brees goes to the doctor and they ask about her medical history, she always tells them her mother died of a self-inflicted gunshot wound. “That’s a part of my medical history because now I’m at increased risk of suicide,” she says, “but talking about it can make people uncomfortable.”

Even how people talk, and categorize, firearm suicides can be polarizing. “It’s gun violence, but that terminology is highly politicized,” says Brees. As a result, some organizations weren’t including suicide and attempted suicide numbers in their gun violence statistics until she pushed them to do so. “They were putting out a number every day into society saying, ‘That’s how many gun deaths there are,’ and it wasn’t even half the actual number.”

In July, Rep. Jayapal said in a statement that “comprehensively addressing the gun violence epidemic in our country means ending gun suicides too.”

Brees also believes the return to not talking about means of suicide in the media is reminiscent of when people thought talking about suicide encouraged suicide attempts. “If we know suicide by firearm is the most common method for someone to take their life, shouldn’t we talk about that?” “Shouldn’t people and family members know?” “Shouldn’t we find a way for people to protect themselves?”

Brees spends much of her time outreaching representatives to support the federal bill and encourages others to get involved by sharing their own lived experience testimony. She calls herself a “grief factory”—she’s taken her pain and converted it into change. “No one is buying grief,” she laughs. “Nothing will bring my mom back, but I can be involved in the legislative process, so no one ever has to know what this loss is like because it’s horrible.” 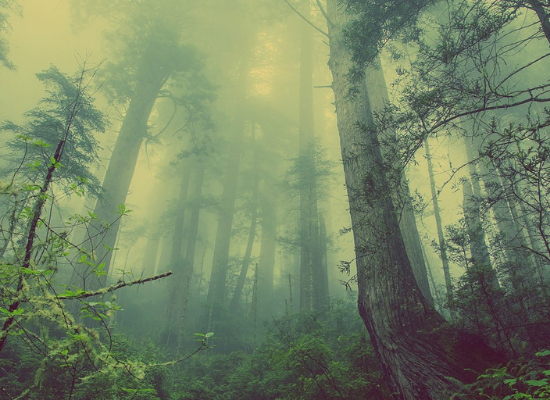