With a state license number that reads #0000001, the Bridge Center for Hope, a campus of connection for behavioral health crisis services opened its doors for the citizens of East Baton Rouge Parish in February 2021. The first of its kind in Louisiana, this facility encompasses 4 units and a total of 6 programs, including a short-term psychiatric unit, a detoxification unit, a 23-hour observation unit, a respite unit, mobile support teams, and a care management team. With a capacity of 64 people, all services are under one roof, on one campus.

Using the Crisis Now model, including the “no wrong door” approach, the facility is already making a difference in the community. Chief Murphy Paul reports that transport and wait time for his officers to assist people in crisis have decreased from 4-12 hours to 5 minutes.

To transform the Baton Rouge crisis system, behavioral health experts had to push against the status quo and respond to crisis, says Kathy Kliebert, former secretary of health and former assistant secretary of behavioral health for Louisiana. “That’s what catalyzed change,” she says. “Now we have all of these services on one campus.”

According to Kliebert, the journey to develop the Bridge Center for Hope started in 2005 with the devastation of Hurricane Katrina in Louisiana. In preparation for the Category 3 hurricane, many people with intellectual and developmental disabilities living in institutions at the time needed to be evacuated, and the state didn’t have a plan or a safe location for them. And, in the aftermath of Hurricane Katrina, buildings were so damaged residents couldn’t return.

Kliebert says that this moment became a key opportunity to change the historical mindset that people needed to be housed long term to receive help and move away from institutions and higher levels of care. “We were able to move individuals into communities with adequate supports,” she says. “They did well, which allowed us to show success stories.” As a result, 90% of institutions for intellectual and developmental disabilities were closed or privatized.

Kliebert believes that without Hurricane Katrina, the change in mindset wouldn’t have been possible, “You can do some good things on the front end,” she says, “but if you can’t keep people out of institutions, you haven’t done your job.”

Shifting people into the community set forth a trajectory for Louisiana to move toward providing lower levels of care for people. A small group of dedicated stakeholders and community advocates formed to look for solutions. Kliebert reports that to achieve an ambitious goal, “you have to get that group of concerned people together who are dealing with the problem and the advocates who know the solutions.”

In Kliebert’s work with this group, which included the Baton Rouge Area Foundation and eventually became the Bridge Center Board, it became apparent that families were struggling to find appropriate supports for their loved ones before a higher level of care was needed. “How do we do things better?” asks Kliebert.

“Once people go into longer-term care, it severs their ties, they lose community connections, and it’s a lot more difficult for them to re-engage in their community, including finding meaningful employment and housing.”

In 2010, Louisiana’s first attempt at crisis services was an emergency room extension program in Baton Rouge. People could walk in for services, and law enforcement could drop people off who needed behavioral health crisis care. Kliebert reports that while this model worked, there were challenges, including that the program was designed to resolve an immediate crisis and it didn’t provide a continuum of services. In 2013, the program was defunded due to state budget cuts.

The defunded program revealed that the community needed lower-level crisis services to keep people out of higher levels of care and programs needed to provide a care continuum.

Simultaneously, Bill O’Quin and four other families had loved ones who struggled with mental health challenges and died in the Baton Rouge jail system between 2013 and 2015. In April, Bill O’Quin told #CrisisTalk that the settlement he received was used to fund the Baton Rouge Area Foundation’s initiative for pretrial diversion and recovery efforts. This created another catalyst for change. “Unfortunately, things don’t happen without a crisis happening,” says Kliebert.

The Baton Rouge Area Foundation funded initial surveys of how other states were implementing, funding, and maintaining crisis services for people with behavioral health needs.

Kliebert says, “The first pilot for crisis services worked, but we wanted to see what else was out there.” She and her colleagues explored what other states were doing, including Arizona and San Antonio, Texas. After conducting the initial surveys, the Perryman Group published a report with its recommendations: the Baton Rouge community needed mobile assessment teams, short-term crisis for law enforcement, short-term and longer-term respite, and care management. The report focused on the financial impact of the needed services, and a second report by the Healthcare Management Associates turned the recommendation into a business plan.

Kliebert says the board took that business plan and began pulling from what it saw in other states to propose a state-of-the-art program.

Once the board established the plans, the next steps were how to fund a continuum of services. The emergency department extension services had only been funded by state dollars. Kleibert and her colleagues realized that they had to explore other options for funding for the Bridge Center to work, including private insurance, Medicaid, and grants.

“We recognized that we weren’t going to have enough funding to cover everything,” says Kleibert. “We would have had enough to cover bits of it, but not the entire crisis continuum that we knew we needed.”

To fund the entire campus, taxpayer support would be needed. In 2016, a tax proposal was presented to support all the services identified in the survey. “I’ve always believed that the only way you’re going to get and sustain change, ourselves included, is to have a support system,” says Kleibert. East Baton Rouge Parish residents needed a campus of services to remain in their community with their support systems, but the tax proposal for the behavioral health crisis services failed to pass by about 3,000 votes.

After the initial tax proposal failed, Kliebert and her colleagues went back to the drawing board “to see what we could do with the current funding.” An outside consulting group, Emergent Method, was hired to review the current funding streams. As they considered next steps, Medicaid Expansion in Louisiana became a reality in July 2016. Even with Medicaid as a potential new funding stream, Emergent Method determined additional funding was still needed.

In 2018, another proposal was presented to taxpayers for approval to support the implementation of the crisis services needed. However, this time, an aggressive marketing and educational campaign to inform the citizens of East Baton Rouge Parish of the importance of these services was launched and funded by Baton Rouge Area Foundation and other donations.

This time the proposal for an additional millage on property tax for 10 years passed with 67% support and raises 6.2 million dollars each year to support the behavioral health crisis services.

Kliebert says that there was excitement, but more work was needed as these types of services didn’t exist in the state. “The licenses didn’t even exist for the services,” she says. The Louisiana Department of Health’s Office of Behavioral Health had a consent decree in place that called for regional crisis facilities for behavioral health statewide, but it had not been implemented yet. In 2019, Kliebert and her colleagues worked with the office and managed care organizations to determine licensure standards and education on the services so that reimbursement could be a possibility in the future.

“Managed care organizations needed to feel comfortable paying for these services,” she says. “Remember, these services were never paid for in Louisiana. Ever.”

The final step was to select the service provider and campus location in the parish. It was important that the location was accessible to those in need, nearby for first responders, and that the quality of the services and the facility matched the effort utilized to create this opportunity both by advocates and by the taxpayers. “We wanted an environment that was friendly and homelike, calming, comforting, and safe,” says Kliebert. “A place where people feel that they are important and cared about.”

After 11 years of overcoming disasters and setbacks, the Bridge Center for Hope is now serving the East Baton Rouge Parish community using the Crisis Now Model.

Kliebert believes that each disaster, since 2005, became a catalyst that led to the creation of this vital campus for the community. The Bridge Center for Hope is the first campus for crisis services in Louisiana, but it’s creating the path for other facilities to follow.

Having a community option available for people, says Kliebert, could really change many lives, not just for the person in need but their entire family. She continues, “My dad was a brilliant man, but he was an alcoholic and never reached his potential because he never received adequate treatment. His life experience was my motivation to work in the mental health field and ultimately to work so passionately to establish a crisis system of services.

Kliebert believes that a facility like The Bridge Center for Hope would have benefited her father and her family. “My hope is that people will have opportunities to get treatment who never had them before. I’m confident that the Bridge Center will make a positive difference in people’s  lives.”

Joy Brunson Nsubuga is the vice-president of the Southeast Region for RI International. She’s an expert in crisis services and systems. Her purpose in her career is the same as her purpose in life: breaking generational and systemic patterns with compassion, creativity, and consistency.

Dr. Warrior on How States Need to Include American Indians in Their 988 Plans 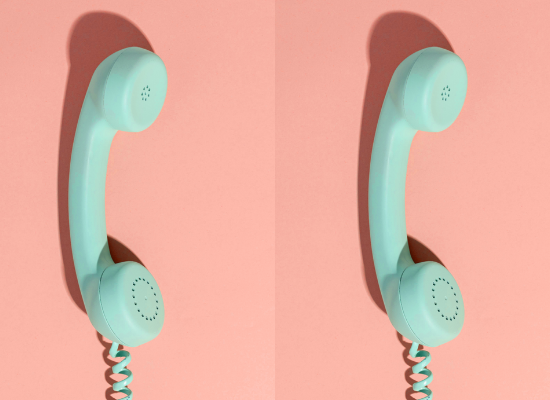