16-year-old Reina Chiang is the founder of u matter apparel, a Maryland nonprofit that creates welcome packages for teens in crisis enrolled in Care and Connections for Families, a local in-home stabilization program. Each care package includes a tie-dye sweatshirt with “u matter” printed across it and mental health resources.

“I want them to know they’re part of a community of kids who’ve gone through what they’re going through,” she says. “I know how they feel.”

Chiang started u matter less than a month after her third psychiatric hospitalization. She says what led to it was a slow boil of stressors stacking one on top of the other, seemingly insurmountable. Her thoughts of suicide grew, little by little, she says. In the spring, as states across the nation shut down because of the Covid pandemic, she found herself with “nothing to do but sit at home and think.”

“For months before the pandemic, I felt alone,” says Chiang. She also felt abandoned. It wasn’t an unfamiliar feeling. Instead, it was one she’s carried as long as she can remember. Her parents separated when she was a baby, and her father lives in China. “I always felt unwanted by him.” What was unusual is the person she suddenly felt less connected to was the one who’d always been there: her mother.

Chiang’s mother is Kana Enomoto, a national leader in behavioral healthcare. She was acting administrator at SAMHSA before taking on a job with an international consulting firm in 2019, which required a great deal of travel. Though they expected there would be changes, Chiang didn’t understand to what extent. “The sudden loss of support jarred me,” she says. “We’d always been close, and I felt like suddenly, we weren’t, and I didn’t understand why.”

Enomoto noticed differences in her daughter. She’d become distant and faced challenges at school. Chiang was diagnosed with ADHD and began taking medication that increased focus but reduced appetite. “She developed an eating disorder,” says Enomoto, “and suddenly she’s not only dealing with ADHD but also an eating disorder and depression.”

Chiang points out she developed an eating disorder in part because of the medication, but also it was a coping mechanism. “As the depression worsened, so too did my eating disorder.” The latter gave her a false sense of control when she felt she had none. Chiang says food deprivation was also self-punishment. “I’d get angry at myself for being unworthy, unloveable, and undeserving.”

Even though her thoughts of suicide increased over the months prior, she didn’t share them. “I didn’t have breakdowns,” says Chiang, “because I suppressed undesirable emotions.” Also, she wasn’t sure if perhaps other people felt similarly. “I thought, ‘Maybe everyone experiences these thoughts.’”

After her first suicide attempt, Chiang says she didn’t think “it was all that serious.” That quickly shifted in April when she found herself on the floor of her room during her second attempt. “Things hadn’t gotten better,” she says, “and I didn’t want to keep feeling the way I did.”

That moment on the floor was a turning point for Chiang. “I thought, ‘This isn’t how I want to die.’”

Chiang reached out to her friends and then-boyfriend. He said, “I’m sorry, that sucks.” Her friends were more proactive, telling their parents, who in turn called Enomoto and said, “Reina’s unwell.”

Enomoto, who was just in the next room, walked into her daughter’s room and said, “Let’s go.” Chiang doesn’t remember what happened next, but Enomoto packed her daughter up in the car and went straight to the emergency room. It was their third trip in less than a year.

As she drove Chiang to the hospital, Enomoto worried for her daughter’s safety but found it hard to understand the depth of her sadness. Her daughter had many people who loved her and was doing well in so many ways. “I guess the good didn’t outweigh the bad,” she says. Enomoto also had the thought that plagues all parents at one point or another, “What am I doing wrong?”

Unbeknownst to Enomoto, as she rushed her daughter to the emergency room, Chiang’s mindset had shifted. “I wanted to get better and get help,” says Chiang, “I didn’t want to die.”

When they arrived at the emergency room, staff instructed Chiang to drink charcoal, which would flush her system. They also told her she needed to go to a psychiatric hospital, but they were waiting for an opening.

Each of Chiang’s emergency room visits resulted in “a lot of sitting around” that ranged from hours to days of ER boarding. As a mental health leader, Enomoto says it was a stark firsthand experience of all the challenges she’d worked her entire career to address. “It was heartbreaking and also showed me how much has to change.”

The concept of hospitalization is that a person will get the help they need. That wasn’t the case, says Chiang. “The hospital is a scary place.” “It’s kind of like a prison with a lot of restrictions and not much to do.” She went to Sheppard Pratt for her first hospitalization. Founded in 1853, it’s one of the oldest private psychiatric hospitals in the United States. In the adolescent unit, Chiang felt unsafe and misunderstood. When she told staff that other patients were threatening her, they were dismissive. Staff also stereotypically and incorrectly assumed that Chiang, who is Asian American, felt depressed over extreme pressure to excel academically.

Frightened and disturbed, Chiang called her mother to convey her concerns. Enomoto spoke with the charge nurse at Sheppard Pratt and said Chiang was scared. In response, the nurse said, “Oh, it will go away.” Enomoto persisted, saying, “Well, she doesn’t feel safe.” The nurse replied, “She doesn’t feel safe?” “But I gave her the safest roommate!”

Unconvinced as to her daughter’s safety, Enomoto pulled her out of the facility against medical advice. However, even before the threat, Enomoto worried inpatient treatment wasn’t a good fit. “It’s hard to create an emotionally supportive environment in a unit where the predominant focus is on physical security.”

That initial hospitalization transpired days after an attempted overdose. How Chiang ended up in the psychiatric hospital in the first place was twofold. At a weekly therapy session, Chiang told her therapist she’d felt suicidal and taken a double dose of her ADHD medications earlier in the week. Though Chiang was no longer acutely suicidal, out of an abundance of caution, the therapist instructed her mother to take her to the emergency room. Enomoto sought alternatives, hoping to find a drop-in crisis center or a mobile crisis team, but none was available for adolescents. “I didn’t think the hospital was where Reina needed to be, but I also didn’t have a better option.”

Chiang’s second and third hospitalizations were in a local hospital’s adolescent unit. “By your third time,” says Chiang, “you get more used to it.”

Admitted on a Friday for her third hospitalization, Chiang remained at the hospital for a week with no possibility of an earlier discharge. “There’s no one there to do them,” she says. What made it worse is there was no programming over the weekend either. “It’s just a bunch of idle kids waiting around.” The long-delays aren’t for clinical reasons, Enomoto points out, but because the social workers don’t hold family meetings on the weekends and, because of Covid, they alternate days on the unit. “Even though the psychiatrist recognized on Day 2 that Reina didn’t pose an imminent risk to herself or others, we had to wait several days until Reina’s social worker was available for a family meeting in order to discharge her.”

Chiang says inpatient hospitalization isn’t treatment-focused. “It’s a short-term bandaid,” she says. “You’re just there for extended amounts of time, with people watching you. They’re primarily making sure you don’t harm yourself, and that’s it.”

What was instrumental in Chiang’s recovery was Care and Connections for Families, a county-run program that provides in-home counseling and support to children in crisis and their families. It’s also the organization to which Chiang donates care packages. For several months, a social worker and home stabilizer made house calls. “They’d come on weeknights and weekends and focused on Reina’s goals,” says Enomoto. “It’s youth-, family-, and measurement-driven.”

Unfortunately, most commercial insurance doesn’t cover in-home crisis stabilization, and so Chiang was fortunate to get a spot in the county program. “Crisis services is an area of healthcare where the public sector is ahead of the private sector. This type of program should be the standard of care for everyone,” says Enomoto. “It’s what works, and our current system is overly reliant on emergency departments and in-patient hospital stays for people with lower acuity needs.” On the flip side, the outpatient Dialectical Behavior Therapy (DBT) program Chiang took part in for 16 weeks over the summer was less accessible for kids with Medicaid or insufficient commercial insurance. “Reina kept saying, ‘Mom, many kids don’t get to stay the whole time even though they’re still struggling.’”

When Chiang graduated from Care and Connections for Families and her DBT program, she became a volunteer in the community and realized how frequently young people don’t have adequate support and resources. That’s when she came up with putting together care packages. This summer, she applied and won an America’s Promise Alliance grant, an initiative that supports young people making a difference in their community. With the grant, Chiang started u matter apparel to raise awareness for underprivileged youth experiencing a mental health crisis.

The care packages include the u matter tie-dye sweatshirt and a handwritten tag listing numbers to the Care and Connections for Families crisis stabilization hotline, Crisis Text Line, the Lifeline, and who to call to report abuse. Recently, Chiang began a buy-one, give-one social entrepreneurship model similar to TOMS Shoes, giving a care package away for each sweatshirt a person purchases.

Chiang views the care packages as a tether, a pandemic-friendly way to send care and connection to a kid in crisis. “Kids in crisis feel alone,” she says, “Something needs to change, and I want to be part of that change.”

Data Scientists Ask, “What if We Could See the Entire Crisis System?” 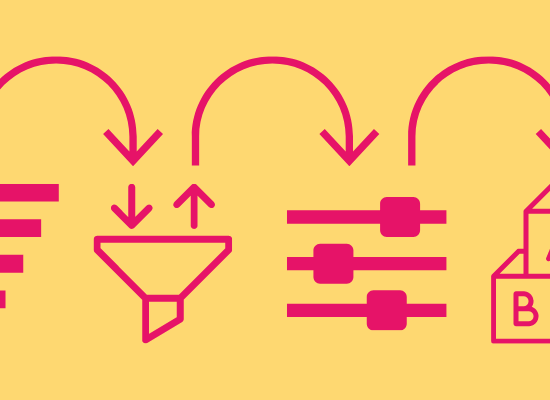